Nepal’s fall on the Corruption Perception Index is no surprise, given the scale of corruption in the Oli government this past year. 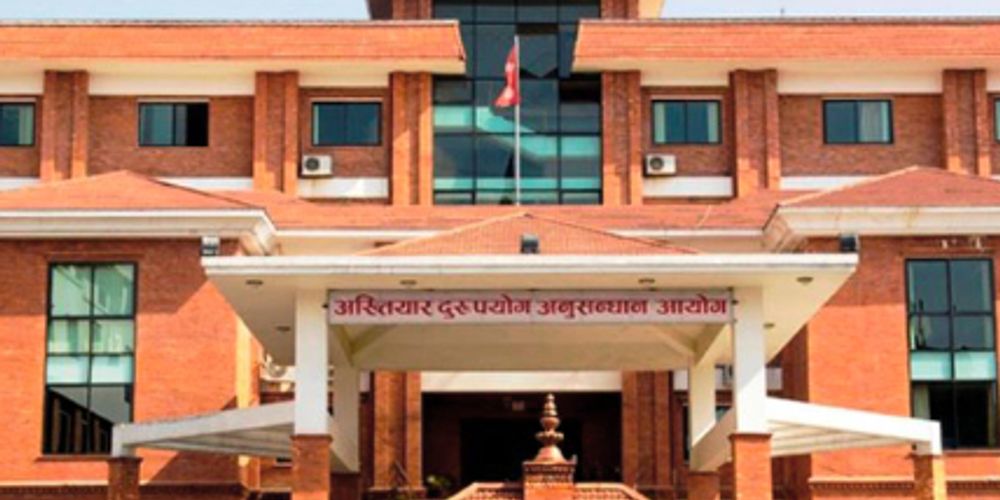 Nepal fell four places to 117 on Transparency International’s 2020 Corruption Perception Index survey, published on Wednesday. The index measures “how corrupt a country’s public sector is perceived to be by experts and business executives”, drawing on 13 data sources from 12 independent institutions.

Nepal had ranked 130th out of 168 countries surveyed in 2015, ahead of Afghanistan and Bangladesh. Now, Nepal is perceived to be the fourth most corrupt country in South Asia, behind Afghanistan, Bangladesh and Pakistan.

An official at Transparency International’s Nepal chapter attributed Nepal’s ranking to its inability to end the abuse of state authorities — government, parliament, judiciary, and security agencies -- for private gain. While Nepal scored the same as 2019 on five out of six key surveys, the country’s 2020 score on ‘state authority’s abuse for private gain’, surveyed by the World Justice Project, was 32, down from 35 last year.

“As Nepal scored lower in one key survey, it affected the country’s overall ranking,” said Aashish Thapa, executive director of Transparency International Nepal. “The decline in the score shows that steps taken against corruption haven’t been very effective.”

Nepal’s Corruption Perception Index had reached a high of 113 in 2019, climbing up from 124 in 2018. Many had attributed the increase in the rank to the election of the KP Sharma Oli government and the prime minister’s public avowal to punish anyone found to be involved in corruption. Oli had even brought two anti-corruption bodies, the Department of Revenue Investigation and the Department of Money Laundering Investigation -- under the purview of the prime minister’s office in order to make them “more effective and result oriented”.

But 2020 began with a major scandal involving a high-profile member of the Nepal Communist Party (NCP) and one of Oli’s confidantes. In early February, the Commission for the Investigation of Abuse of Authority filed a charge sheet against 175 individuals accusing them of conspiring with public officials to purchase prime government property at Baluwatar’s Lalita Niwas at dirt-cheap rates. Finance Minister Bishnu Poudel, who is also general secretary of the NCP, was also implicated in the land grab through his son Nabin Poudel, although he wasn’t among those charged. The commission had said that since Nabin Poudel had “returned” the illegally acquired land, he wasn’t charged.

Later that same month, an audio tape was leaked where a voice purported to be Gokul Baskota, who was then minister for communication and information technology, could be heard demanding a bribe of Rs 700 million over the construction of a secure printing press in Nepal. Baskota resigned in shame but a corruption charge was never pursued against him.

A month later, as the pandemic was just getting started in Nepal, another scandal hit, surrounding the procurement of medical supplies from China by the private company Omni International. Bhanubhakta Dhakal, who was Health Minister at the time, was implicated in the March scandal, along with his aide Dr Khem Karki. Dhakal never resigned and is now the Tourism Minister.

“Faulty medical procurement during the Covid-19 pandemic was widely reported in the media but the government was neither able to hold the perpetrators to account nor convince the general public that corruption had not taken place,” Surya Nath Upadhyay, former chief commissioner of the Commission for Investigation of Abuse of Authority (CIAA), told The Record.

A separate Transparency International survey, published in November last year, had found that 84 percent of Nepalis believed that “government corruption is a big problem”. The government had derided the survey, calling it “biased” and “politically motivated”.

When asked about the 2020 Corruption Perception Index, communication and information technology minister Parbat Gurung, who is the government’s spokesperson, refused to comment.

“I cannot say anything about the report over the phone,” Gurung told The Record before hanging up.

Upadhyay, the former commissioner, attributed the worsening of people’s perceptions regarding public sector corruption primarily to the actions of Prime Minister Oli.

“The way he introduced an ordinance to appoint his people to the CIAA and other constitutional bodies didn’t sit right with many people, which was reflected in the survey,” said Upadhyay.

In December, Oli had passed an ordinance amending the Constitutional Council Act, allowing the council to take decisions on the basis of a simple majority of members present. The Constitutional Council, which comprises the prime minister, the House Speaker and the Deputy Speaker, chair of the National Assembly, the chief justice of the Supreme Court, and leader of the opposition, chooses ambassadors and makes appointments to important constitutional bodies like the CIAA. While earlier the council could only sit if five of the six members were present, the ordinance allows it to sit and take decisions with just three members.

Almost immediately after introducing the ordinance, Oli, on December 20, dissolved the House of Representatives and acting under the new amendment, the council appointed former home secretary Prem Rai, believed to be one of Oli’s trusted men, chief of the CIAA.

“But it is no longer just an issue of appointments to constitutional bodies, even the appointment of judges to the judiciary seems suspect,” said Upadhyay. “Consequently, the dispensation of justice is also now influenced by politics.”

Bhadra Sharma  Bhadra Sharma is a Kathmandu-based freelance journalist. He is also co-author of the book 'Impunity and Political Accountability in Nepal'.

With the NCP Secretariat recommending Gautam to the Upper House, the party has prevented the infighting from taking everyone down--for now

The government’s plan to offset the trade deficit by exporting sand and gravel will lead to irreversible long-term ecological and socio-economic damage to the environment.

Education can only be the great equaliser if everyone is provided quality education.

Reforms in Qatar’s labour laws could be instrumental in improving the working and living conditions of 400,000 Nepali migrant workers

A looming crisis in farming