With changing time and demand, the pottery makers of Bhaktapur are slowly replacing traditional ways with modern technology. 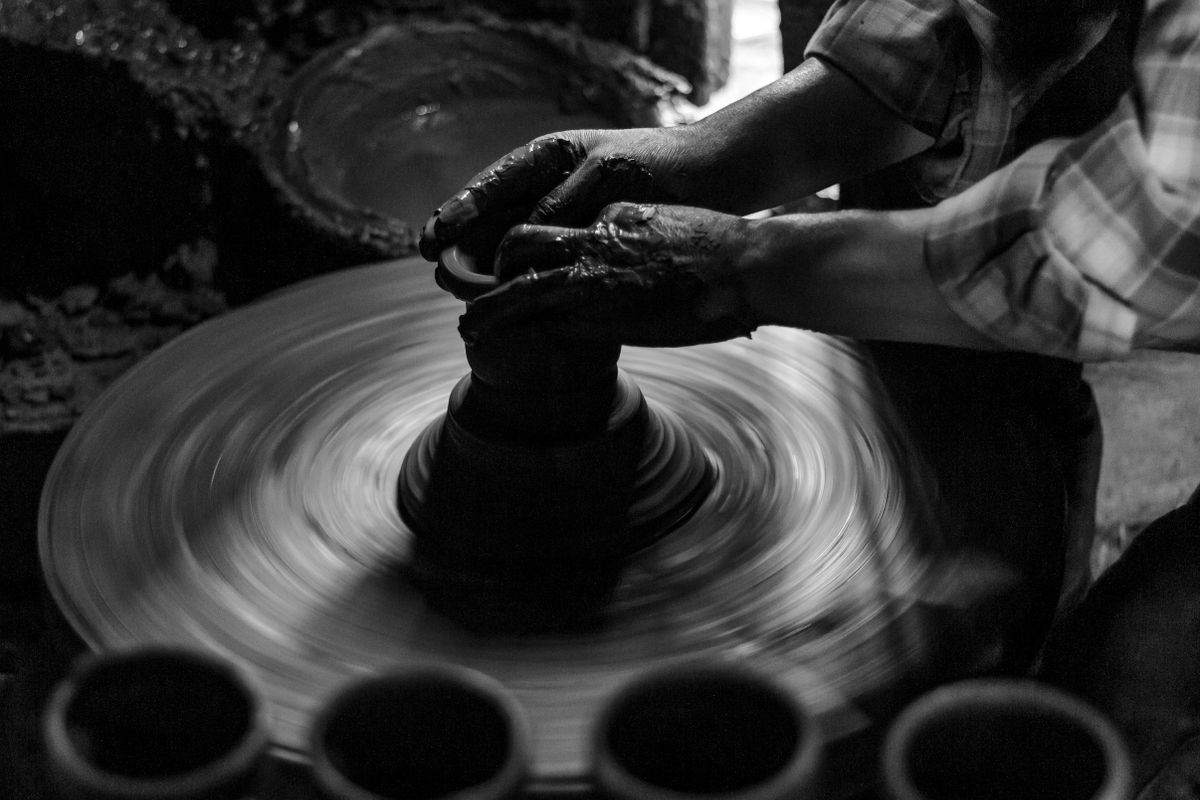 Bhaktapur's Pottery Square has long been a focal point of the Kathmandu Valley's ceramic industry. Images of lines of clay wares laid out in the sun to dry while fresh ones are moulded by adept hands are ones that have become synonymous to Bhaktapur Durbar Square. 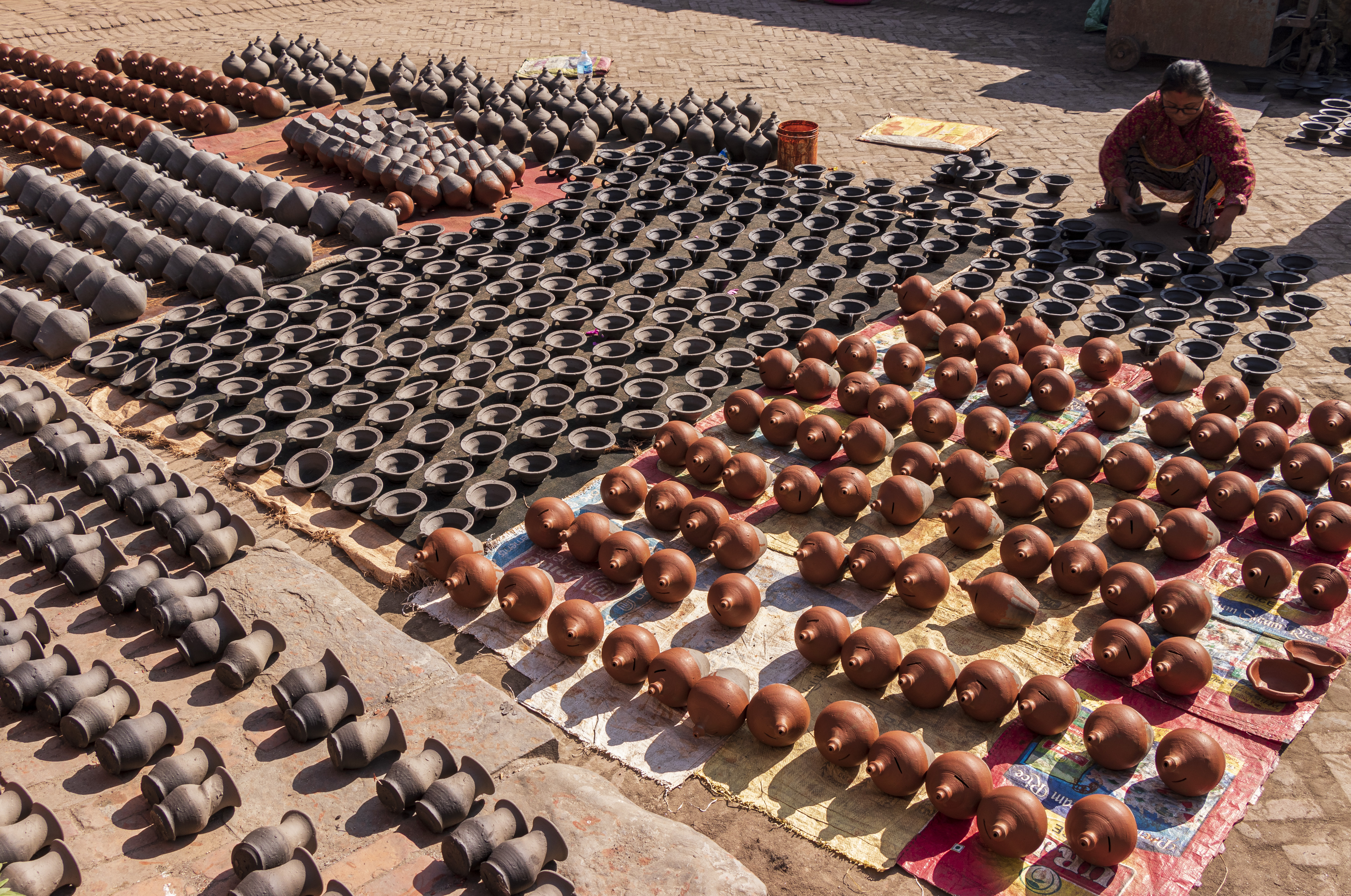 Ganesh Kumar Prajapati, 72, has been practicing pottery for over 60 years now. Over the years, he has created countless clay products and witnessed firsthand the many changes the place has undergone.  “I have been a part of this industry when it cost only 5 paisa for clay,” says Ganesh Kumar.

Today things are a lot more different. With the advancement of technology, traditional ways of pottery are being replaced by modern technology. According to Bishnu Prajapati, Ganesh’s son who also works with pottery, modern technology such as clay-mixing machines, electric pottery machines, and chimneys for heating up the formed wet clayware has made manufacturing pottery easier and faster than in the past.

In addition, the number of people who practice pottery as a career path is declining, as young people do not see much financial security in the field. But that is a misconception, say those in the industry, adding that a lack of market is the least of their concerns, and that they are instead having a difficult time trying to meet the demand.

"The market has developed rapidly over the years," says Bibek Prajapati, who has been working in this field since he was 10 years old. “We sell as much as we produce.”

Having said that, he also acknowledges that there are customers who are moving towards buying plastic rather than clay since it lasts longer.

Bishu Prasad Prajapati, 44, too has seen how the traditional approach towards pottery has swiftly been changing. He has been doing pottery for the past 30 years, as his entire family actively pursued the tradition for generations.

“Because we use machines now, our production rate has increased a lot but there is always a negative point to everything. We are now getting lazy as we rely too much on the machine,” says Bishnu, whose clay products get sold to different places in Nepal especially Kathmandu and Patan.

With the increasing demand of clay wares like bowls (usually served as matka biryani) and small tea cups (used for matka chiya), the demand for earthenware has increased too, adds Bishnu.

Buddhi Ram Prajapati, 54, too has been selling simple utilitarian clay products for more than 40 years. But four years ago, he decided to change things up and make decor products.

“I have to upgrade as per the market demand. I didn’t find much profit while making utility clay products so I started making decoration products,” he says. “The demand for such products is quite high in Kathmandu. You have to adapt with time.” 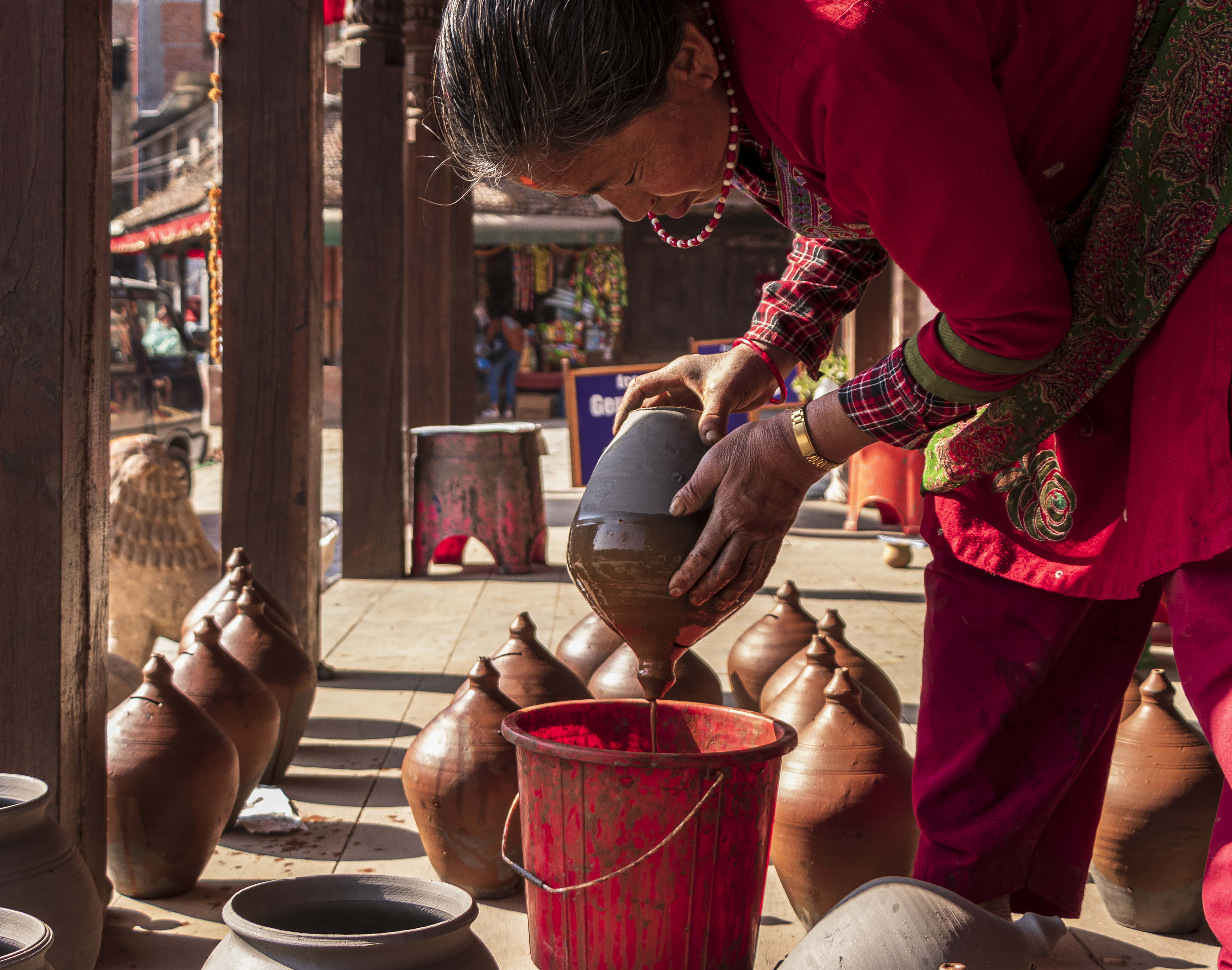 Concealed in a package of humor, cringe culture makes bullying palatable and the intolerable tolerable.

Dalit deaths and the longevity of caste

Rupak Darshan travels the streets of Kathmandu every day, feeding hundreds of dogs, all out of a love for these animals and a desire to lessen their suffering.

Part 1: Recruiting haggles, Chandra, the game-changer, and getting a “K” for Bhim

Beneath our rock bottoms

Reflections on one’s lowest to see what lessons can be learnt by the self and society.