A raging pandemic combined with a lockdown can greatly stress mental health. Reduce exposure to the news, eat and drink well, exercise, and seek help if necessary. 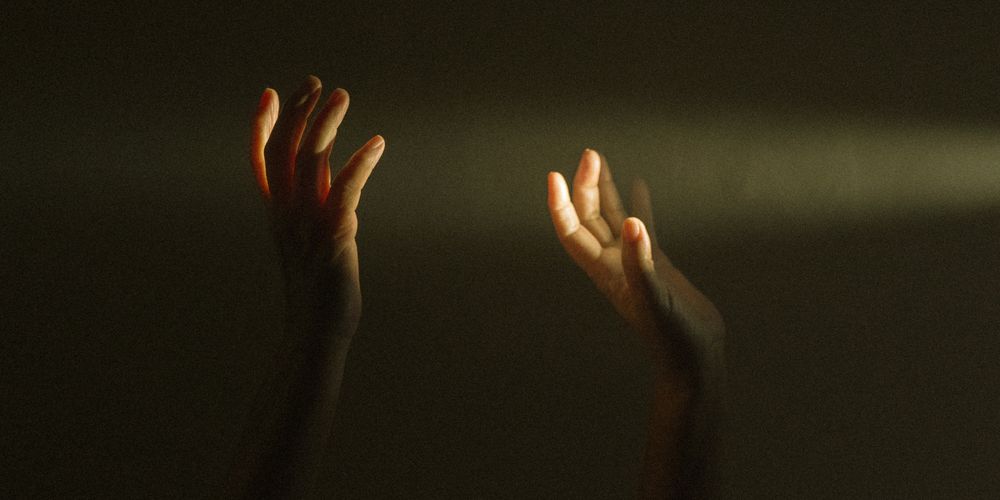 On Sunday, 30-year-old Benju Sharma tested positive for Covid-19. The first three days after receiving her positive PCR report, Sharma struggled with fever and physical weakness coupled with bouts of emotional breakdowns and anxiety. Contracting the virus came as a shock to her, as she had taken all the necessary precautions both at home and work, she said.

“I have a nine-month-old baby at home so I was being extra precautious. I was shocked when I found out I was infected,” said Sharma, who is a banker. “I am very worried about my child and the situation has made me very emotional. I frequently broke down in those initial three days, but with the support of my family and husband I am staying strong.”

Sharma is now recovering, but the stress that she will spread the virus to her family is taking a toll on her wellbeing.

Going into the second year of a pandemic that has wrought untold harm to lives across the world has not been easy. Millions have lost their lives, millions more their jobs and livelihoods. Nepalis were only just recovering from the first wave of the coronavirus when the second wave hit, necessitating a lockdown in parts of the country. Last year’s lockdown cost many people’s mental health and this lockdown threatens to do the same, warn psychologists.

Read more: Socio-economic mental health stressors are on the rise

With movement restricted and a pandemic raging outside, people can develop adverse mental health conditions like depression and anxiety. Existing conditions can be further exacerbated, says psychologist Kripa Sigdel, who fears that her clients might relapse during the current lockdown.

“My clients are mostly those who cannot deal with loneliness, who have anxiety because of unproductivity, especially students who are afraid they are losing a year to the pandemic,” said Sigdel. “Stress from losing family members and from relationship conflicts have also arisen.”

For many people, anxiety stems from the considerable uncertainty that surrounds the Covid-19 pandemic — when the pandemic will end, who has been infected with the virus, how the vaccine will be deployed to the public. A constant barrage of distressing news from around the world doesn’t help either, says Sigdel. She suggests limiting exposure to negative news proliferating on social media as a start. This can easily be done by changing one’s timezone on social media so that you don’t come across negative news from closer home as easily.

“If you change the timezone from South Asia to somewhere else, you can avoid the negative news that is being reported in real time. Having said that, don’t also remain unaware of what’s going on in the world,” said Sigdel. “Catching up with news when you are mentally ready is much healthier.”

In addition to all the uncertainty and fear, the pandemic has also disrupted peoples’ lives. During last year’s lockdowns, many people were forced to adapt to new routines while many others, who were laid off, were unable to find new jobs and were left harboring feelings of unproductivity and inactivity.

“The lockdown has affected peoples’ daily patterns, which gives rise to feelings of uncertainty and unproductivity,” said psychologist Sujan Shrestha, who is also president of Psychbigyaan Network Nepal.

To combat feelings of unproductivity, Shrestha suggests people try to stick to their old routine, if possible.

“By nature, human beings want social interactions and when there is a lack of face-to-face interaction, we can feel agitated. To compensate for the lack of social interaction, we should continue doing the things we used to during normal times. Make a routine of things that you’ll be doing from the time you wake up till you go to bed. Don’t remain idle,” he said.

Maintaining relationships via social media can be healthy, says Shrestha, if it is done in moderation, about an hour a day.

Studies show that depression symptoms are three times higher during lockdowns, as people are isolated indoors and are unable to relieve their stress through recreational activities with others. With everything ground to a halt, it can also be difficult to find the motivation to be productive, leading to sloth and inactivity, which in turn saps energy and leaves one feeling down.

“In isolation, people tend to focus more on themselves, which results in them being more critical about themselves,” said Sita Lama, a psychologist at Maan Ka Kura, a website that provides mental health services.

Generalized anxiety symptoms can also develop, given the distressing state of everything around. Those with existing conditions can have their symptoms flare. Lama suggests that those who feel a panic attack or an anxiety attack coming on can try the 5-4-3-2-1 calming technique — list five things you can see, four things you can touch, three things you can hear, two things you can smell, and one thing you can taste. This technique activates the five senses and helps to calm anxious feelings. Just taking deep breaths can also help a great deal, Lama said.

Psychologists say that the best ways to preserve your mental health are very simple — eat well, drink water, and exercise.

“Any form of movement. Anything to stimulate the mind and the body will do wonders,” said Bharat Gautam, a clinical psychologist with Transcultural Psychosocial Organisation (TPO) Nepal. “Eating nutritious food and staying hydrated is also important, and do not underestimate good hygiene. Just taking a nice shower will lift your spirits.”

During heightened periods of stress, many take to destructive coping mechanisms like taking up smoking, drinking excessively, or constantly smoking cannabis. These habits only provide temporary relief, numbing your anxiety for a while.

“Once the intoxication leaves the body, all your emotions will come crashing down and that can be more dangerous,” said Gautam.

Instead, spending time with family, going outdoors if possible, and reconnecting with nature can be healthy alternatives.

But most importantly, when symptoms appear, individuals need to acknowledge they need help and ask for it.

“Accepting what you are going through and acknowledging that you are having panic attacks and anxiety and being aware of your problems is key when dealing with mental health,” said psychologist Sigdel. “Many people assume that no one can help them but there might be someone who can help.”

Helpline numbers that are currently non-functional have been removed from this article.

The rising burden of chronic diseases in Nepal

In the midst of the current pandemic, people living with chronic, or noncommunicable, diseases are suffering doubly — because of the virus and a poor healthcare system.

Towards a malaria-free South-East Asia

In two separate incidents in recent times, frontline workers have been assaulted and beaten up by relatives of patients.

Are Covid19 patients getting the care they deserve?

The die has been cast

With over 7,000 cases over the past 24 hours, Nepal has crossed the point of no return. The best time to act was yesterday; the second best time is now.