Take a break from the gloom and doom of the pandemic and give Gauley Bhai’s infectious, energetic debut album a listen. 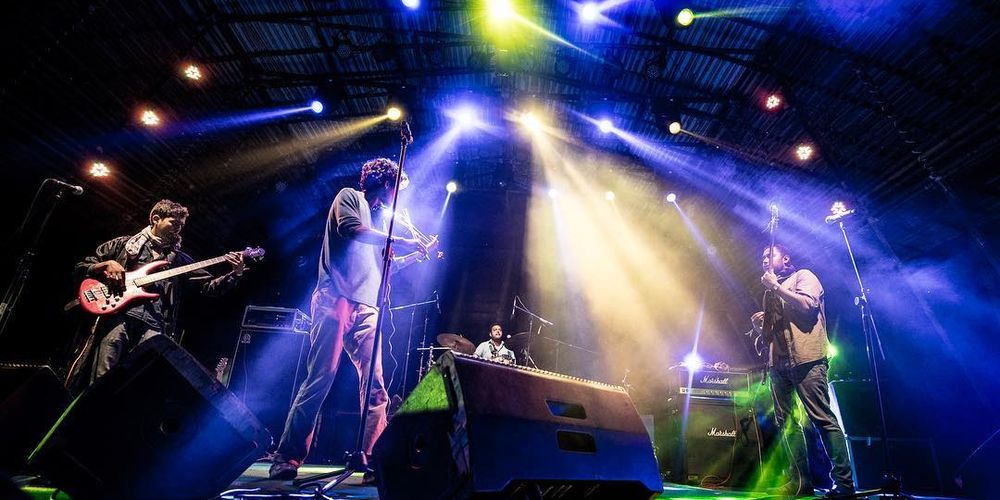 The song starts slow, some light guitar, the patter of drums, the strains of a violin. The drums crescendo and the instruments all build but the payoff is delayed. As the instruments recede, a plaintive voice rings out, “Ankha ma…” and the song breaks like a fever into a rousing call-and-response track with the lead folk-tinged vocals of Vicheet Dhakal playing off the chorus of his bandmates. 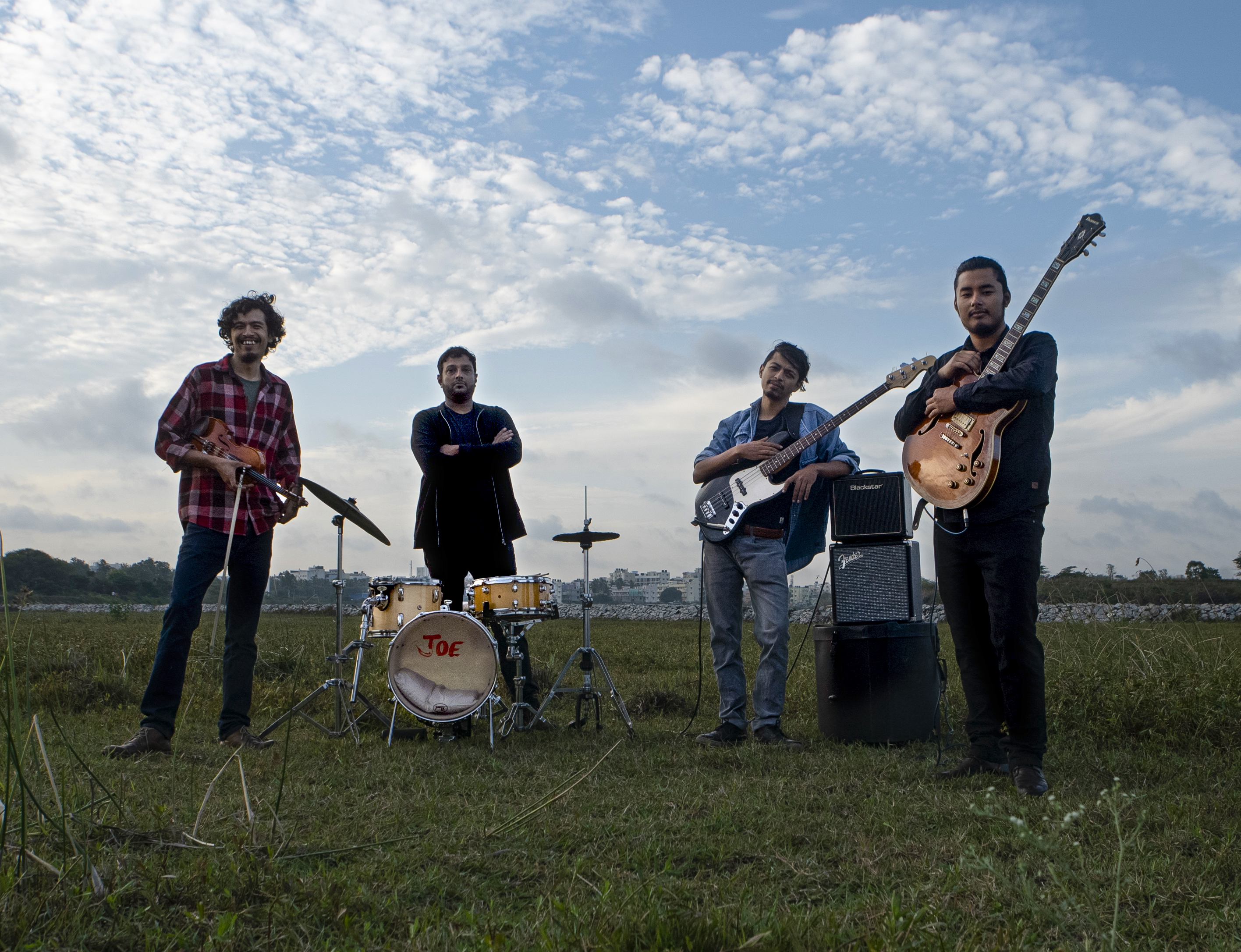 So begins ‘Thupari Udi’, the first track on Gauley Bhai’s 2019 debut album, Joro. “Mutu ma dhunga rakhi, lage ma pardesh dandai pari,” sings Vicheet, a Kalimpong native and lead vocalist and violinist, on the first track, encapsulating all that makes up Gauley Bhai the band -- a deep, abiding influence of Nepali folk music, combined with the free-wheeling spirit of jazz and the blues. What emerges is one of the most rousing and optimistic Nepali-language musical debuts in recent times.

Gauley Bhai was formed in 2017 in Bangalore, with Veecheet Dhakal on vocals and violin, Anudwatt Dhakal on bass, Siddhant Mani Chhetri on guitars, and Joe Panicker on drums. While Joe is from Calicut, the other three are from Kalimpong and the Nepali influence on their music is more than apparent. Vicheet sings in thet Nepali, his vocals resonating with echoes of the Gandharvas. Jhalakman Gandharva, Hira Waiba, Bipul Chettri and Cadenza Collective are among their Nepali music influences. But their sonic palette is wide-ranging, combining sounds from a musical renaissance in the west African country of Mali, with idiosyncratic choices like neo-soul superstar D’Angelo, bassist extraordinaire Jaco Pastorius, and drum prodigy Chris ‘Daddy’ Dave.

“We listen to a lot of root music from Mali, like Tinariwen, Mdou Moctar, Songhoy Blues,” the band said in an email interview with The Record. “As musicians, we have similar and diverse influences so we share and listen to each other's preferences. That has helped us a lot.”

The band wears these influences on its sleeve on Joro. Songs like Simrayo bear a distinctly African blues vibe with its finger-picking intro and its syncopated rhythm. Joe’s drums and Siddhant’s guitars play off each other, despite going off in their own directions. Anudwatt’s bass slips and slides like an eel, providing some much-needed grounding, despite each track threatening to spin off into an extended jam session.

And that is not surprising, given that the band’s song-writing process consists largely of getting together and jamming.

“Veecheet writes the lyrics specifically but the songs are made and composed together in a jam. Our band’s process is to jam a lot together till some ideas come back to us and take shape into songs,” the band said. 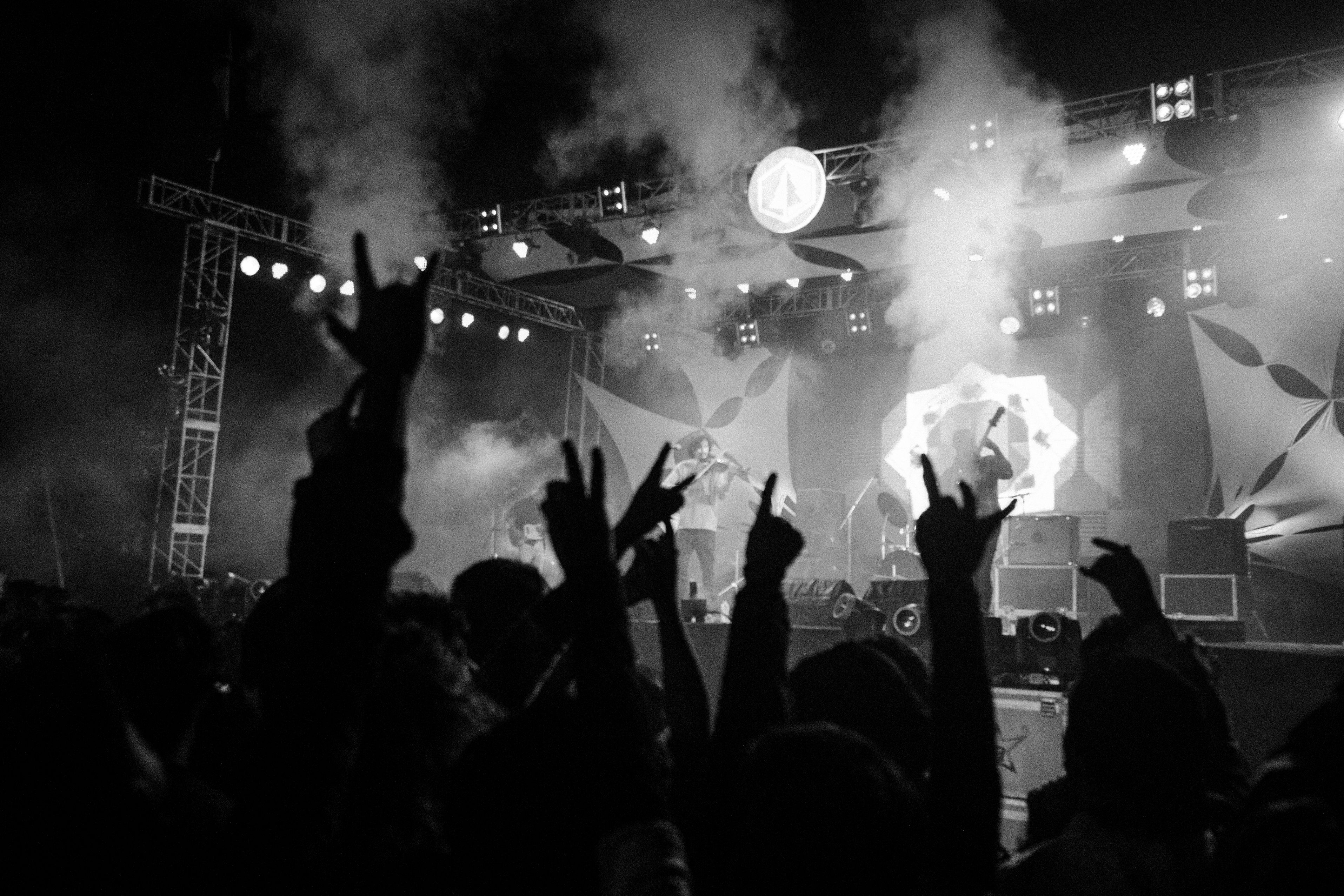 Veecheet continues in the universal folk tradition of telling stories, as in the title track ‘Joro’ where he sings, “Singtamey bhauju ko kiriya ma / Sabai jana chinta ma / Taas ko khelai ma baaseko / Taanneri keta keti maateko.” The track itself is infectious, incorporating the trademark whoop that is a staple of the Nepali hill folk tradition.

“Inspiration comes from either personal, social or political spaces. A lot of our songs are very visual and draw an image for the listener. They’re inspired by storytelling and narratives from our geography, our realities, and the cracks we see in our lives and worlds,” said the band.

Joro is a refreshing album, one not bound by geography or style. The band members take liberally from a diverse range of musical styles, effortlessly incorporating them into a sound that is completely their own. Even the violin that Veecheet plays sounds eerily like a sarangi.

“I am very influenced by Nepali folk,” said Veecheet. “But I never went through any training of that kind; I just heard it on the streets since I was a child. Since I play a stringed instrument myself, I felt a strong connection to the sarangi ever since I was a child. I have spent hours on the roads listening to gaines sing and play.”

In Nepal, there appears to be a distinct lack of such music, as contemporary bands are often too American indie-rock in their soundscape (see Phosphenes) or are firmly ensconced within traditional ethnic musical milleus (see Night’s new music). These bands do what they do very well but Nepal’s dalliance with folk-rock fusion has largely been limited to the bombastic arena rock of 1974 AD and the more ethnic stylings of Nepathya. In India, there appears to be more freedom to mix and match, hopping from style to style, taking a little bit from here and a little bit from there, putting it all together to create a fantastic new sound. After all, that is what Bipul Chhetri, perhaps the most popular of Nepali-language musicians from India, does.

So far, Gauley Bhai has only the one album but they’re working on a second one.

“Joro was our debut and first exploration,” they said. “Now with experience, we hope to find a new intensity and energy.”

The band was supposed to perform in Kathmandu last year in March, but the Covid-19 pandemic tossed cold water on those plans. Now that both India and Nepal are in the midst of a massive second wave, there are no real plans to tour. But the pandemic has given them some time to get into their practice rooms and come up with new music, they say.

Joro hits you like a gust of fresh air in a stuffy room when it's 80 degrees outside. The musical stylings of this four-piece band are eclectic, innovative, and vigorously energetic. Even in recordings of their live performances, their energy is infectious, perfect for grooving along to while locked down inside while a pandemic rages outdoors.

It is in times like these that music can be a savior, taking you away from the gloom and doom that surrounds you to a far-off plane, where the violin sings like a sarangi and a voice sings to you of a place familiar yet not wholly recognizable.

‘We are well prepared, for at least a month’

The seeds are ingrained in Tamang culture and rituals

The fires that keep burning

As the second Covid-19 wave consumes the country, funeral pyres bear witness to the devastation wrought by the pandemic.

Khatiwada spoke about the budget allocation for the health sector and income tax rates in Nepal. While talking about the two issues, he made false and misleading claims.

Year-round, Teku residents live with the putrid smell that comes from the mounds of garbage dumped at the municipal waste station. Come the rains, the stench becomes unbearable—yet nobody cares.

Once, he destroyed liquor as a social evil. Now, he wants to make wine.

Prabes Roka Magar spent 10 years fighting the state but now he’s disillusioned and looking to start a wine factory in Thabang, the heart of the Maoist insurgency.