The parliament asks the CIAA to prosecute those involved in the Omni medical equipment procurement scam, but nothing will probably come of it 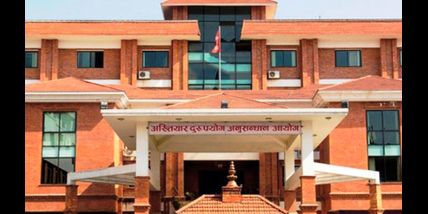 With the probe into the multi-billion rupee Covid-19 procurement scam going nowhere for months, a parliamentary committee has now instructed Nepal’s anti-corruption agency, the Commission for the Investigation of Abuse of Authority (CIAA), to probe into the matter and book all those involved in the infamous medical procurement scandal.

Nine months after reports surfaced of the massive corruption involved in procuring medical equipment from China, the Public Account Committee on Friday directed the anti-graft body to take action against the officials who were involved in misusing the Covid-19 coffers. The instruction from the parliament committee comes after the anti-graft body’s inaction in probing into the matter and taking action against the officials involved. The committee had earlier concluded that the price of some medical equipment procured was three times higher than the usual market price. More importantly, many frontline health workers and Covid patients have succumbed to the virus due to lack of timely treatment.

In April this year, a corruption case was filed at the CIAA against Health and Population Minister Bhanu Bhakta Dhakal, his advisor Dr Khem Karki, the then director general at the Department of Health Services Mahendra Prasad Shrestha, and other health officials. When filing the case, the plaintiff, Bibeksheel Nepali Dal’s provincial assembly member Ramesh Poudel, had sought action against those involved in the scam.

The case filed at the CIAA states that the officials embezzled millions of rupees by awarding the procurement contract to the company without fielding bids from competitors.

The anti-graft body, however, never summoned the health minister and top officials. Friday’s instruction was issued in response to the CIAA's delay in investigating the charges.

“Since the procurement wasn’t conducted as per the law, it is essential to figure out who is responsible for the irregularities. The  CIAA has been instructed to determine who are guilty and take legal action,” said the parliamentary committee's secretary Rojnath Pandey.

Health Minister Dhakal, who was summoned at the parliamentary committee to clarify his position on irregularities, claimed he never intervened in the procurement process. “As a minister involved in containing the pandemic, I had tabled a proposal at the Cabinet and approved it,” claimed Dhakal, adding that he had no role at all in influencing procurement deals or misusing state funds.

Minister Dhakal and other health officials are accused of pocketing millions of rupees from the scam. The Department of Health Services, who had called a public notice in January, did nothing about processing the tender until March--by then the coronavirus had already started to spread across the country. The department, under the apparent influence of Health Minister Dhakal, Dr Khem Karki, and the head of the high-level committe’s coordinator, Ishwor Pokhrel, first cancelled the tender. Later, the department awarded the contract to Omni Business Corporate International (OBCT) Pvt. Ltd, which had established relations with PM KP Sharma Oli’s inner circle in recent years.

Ultimately, OBCT ended up supplying only 25 percent of the total volume of the equipment pledged. To pacify the growing anger over the increased price and irregularities, the DHS director general Shrestha later scrapped the deal signed with the OBCT.

While scrapping the deal, the then department chief Shrestha had admitted that the ministry had increased the quoted price of the equipment by 20 percent above market rates while awarding the contract to OBCT.

In Friday’s meeting, Minister Dhakal indirectly implicated Pokharel’s involvement in the scam and hinted that the director general was solely responsible for awarding the procurement deal. Minister Dhakal said he was only involved in implementing the decision made by the high-level coordination committee and Cabinet.

Read also: The OMNI scandal and its impacts

The contract that OBCT was given was worth USD 10,300,904. Once the media got whiff of it, they started raising questions about the price hike and the company’s failure to supply the medical equipment despite its having the government’s full backing on matters pertaining to supply logistics.

Unable to provide answers to the media and the general public, the government later scrapped the deal with OBCT and transferred director general Shrestha to the health ministry. And the anti-graft body, which has long been accused of shielding leaders of the Nepal Communist Party (NCP), hasn’t yet grilled a single politician--other than former director general Shrestha--in connection with the scam.

The CIAA has a long history of not doing its job on cases like the procurement scam. Three of its commissioners, including two chief commissioners--Lokman Singh Karki and Deep Basnyat--have been accused of involvement in corruption. Another commissioner, Raj Narayan Pathak, was caught red-handed while bargaining for a bribe with the chairman of an engineering college.

Outgoing CIAA chief Nabin Ghimire was accused of delaying investigation of corruption cases, including in the infamous Airbus procurement scam, which involved the ruling party’s leaders. After Ghimire’s retirement, Ganesh Raj Joshi, who was appointed to the commission under the Maoists (which is now part of the ruling NCP) quota, has been acting as the CIAA chief. He too hasn’t acted on corruption cases involving powerful politicians. Like Ghimire, he has also been content to go after the small fry.

And with the two NCP heavy weights--PM Oli and Pushpa Kamal Dahal--continuing to wrangle over whom to appoint as the new CIAA chief, acting chief Joshi has been relegated to standing back and doing nothing, according to knowledgeable sources at the anti-graft body.

Given the overall context, it’s anyone’s guess whether the anti-graft body will expedite the investigation and take action against the wrongdoers. Things are still murky. But going by its recent track record, many, including some lawmakers, aren’t hopeful the CIAA will take up this case and bring the culprits to book.

A few years ago, farmers in Salyan switched from growing traditional crops to timur and other climate-resilient crops. Their success story needs to be replicated across Nepal.

Not out of the Covid woods yet

Daily cases are at an all-time low in Nepal but doctors still advise caution and that everyone get vaccinated and boosted.

To prevent students from falling behind during this crisis and beyond, teachers must be provided all the help they need