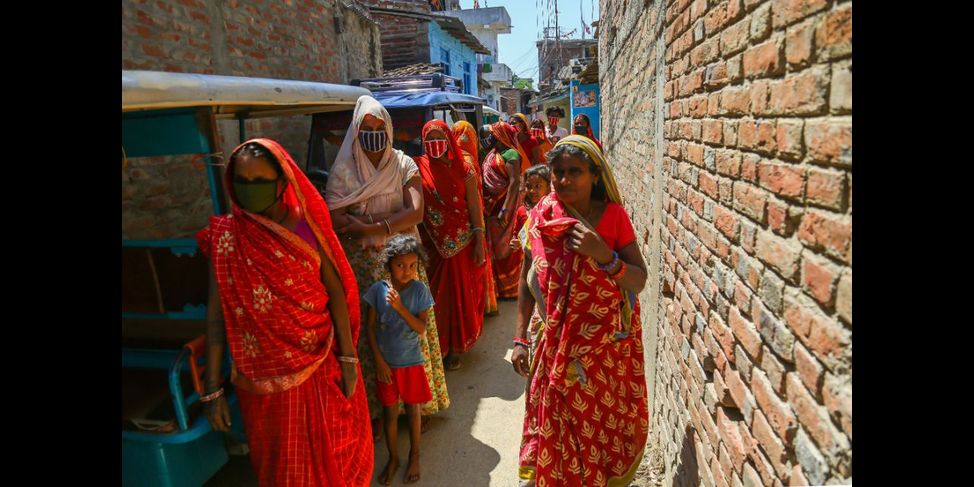 The Ministry of Health and Population (MoHP) confirmed 25 new cases of Covid19 on Wednesday, taking the national total to 427. New cases were found in Dhankuta, Banke, Kapilvastu, and Nawalparasi West. MoHP spokesperson Bikash Devkota said that the infected are under medical supervision, adding that the ministry is intensifying contact tracing and testing on suspected cases.

Of the total 427 cases diagnosed as of Wednesday evening, more than half were reported in the last two weeks. So far, the government has confirmed two Covid19 related deaths, while 45 have been discharged upon successful recovery.

The Butwal-based Crimson Hospital refuted media reports of a third Covid19 death on Wednesday, urging the general public to refrain from sharing “inaccurate, misleading and exaggerated” news. In a statement, the hospital said that the man rumoured to be dead was receiving treatment at the hospital with ventilator support. The hospital also urged the media not to create panic in the general public.

On Wednesday afternoon, the Nepali media was abuzz with reports of a third purported Covid19-related death of a man identified as a 41-year-old teacher from Madane Rural Municipality in Gulmi. Several online news outlets, including Setopati and myrepublic.com, ran the news citing various sources. Most have since deleted the news and apologised. The incident has once again sparked social media debate on the raging infodemic.

MoHP proclaimed on Wednesday not to have fixed any price for paid Covid19 tests. According to the ministry’s statement, the price of the self-funded test as well as other issues associated with it would be decided after proper consultation with stakeholders.

The ministry’s statement comes in the midst of a social media outcry over claims that some hospitals in Kathmandu were charging a fee of Rs 15,000 per PCR test. On Tuesday, the ministry had announced that it would allow people to undergo Covid19 testing at their own expense as a possible way to increase overall testing.

Health authorities have sealed the police circle in Kalimati while its staff have been sent into quarantine following the confirmation of Covid19 infection in two of its officials. Sources at the Metropolitan Police Range (MPR), Kathmandu, said that an assistant inspector as well as several health workers, journalists and garbage workers have voluntarily gotten themselves tested amid the spread of the virus.

MPR sources said that all staff as well as their families have been asked to isolate and quarantine themselves until the completion of the testing process. There are more than 200 staff within the circle premises.

Despite the fact that their job puts them at high risk of exposure, the police have been forced to work without PPEs and basic proactive gear such as face masks.

Meanwhile, MoHP has decided to conduct Covid19 testing on health workers and other non-medical staff. Basudev Pandey, chief of the Epidemiology and Disease Control Division, said that all staff working with the ministry and line agencies such as the Department of Health Service will be accommodated in a hotel until the completion of quarantine and testing. MoHP officials have been afraid of a possible spread of the virus within the ministry ever since the diagnosis of Covid19 in some of its health workers.

National Assembly member Ram Narayan Bidari has asked the government to arrange a market for the sale of vegetables grown by small-scale local farmers. Speaking at the upper house of the parliament on Wednesday, Bidari said that many farmers have been forced to forfeit their farms products and suffer considerable losses while people in urban areas have been paying exorbitant prices. He said that the government should intervene even if it means being involved in the supply chain by buying vegetables and bringing them to cities in trucks.

Bidari said that the government should stop importing vegetables from India while farmers in the country are languishing as their produce is rotting in their own farms. Farmers, especially from remote villages, have been throwing away their produce as middlemen have stopped showing up due to the lockdown.

The government formally unveiled a new map of Nepal which depicts Kalapani, Lipulekh and Limpiyadhura in the midst of a deepening row with India over boundary issues. Unveiling the new map at a program on Wednesday, Land Management and Cooperatives Minister Padmakumari Aryal said that the government would now publish and use the updated map for official purposes.

“Today is a historic day for Nepal and Nepalis,” Aryal said.

The move comes a day after Prime Minister KP Sharma Oli told the parliament that the government would reclaim Nepali territories that have remained under the control of Indian security forces since the 1950s at any cost. While most people have welcomed the move, some have described it as a political grandstanding on the part of the Oli government in order to divert people’s attention from more pressing issues.

Education can only be the great equaliser if everyone is provided quality education.

A centuries-old tradition of piercing the tongue in order to appease the gods continues to this day.

Everest’s porters shoulder the heaviest burdens of the pandemic

The Covid-19 pandemic has brought the tourism industry to a grinding halt and among those most affected have been thousands of porters.

Tourism as a driver of local economies

While many local governments are yet to understand the value of tourism, some rural municipalities, such as Dharche, Helambu, and Madi, have made remarkable progress in promoting tourism at the local level

The gross underrepresentation of women in Nepal’s social science textbooks promotes a lopsided evaluation of Nepali history and society.