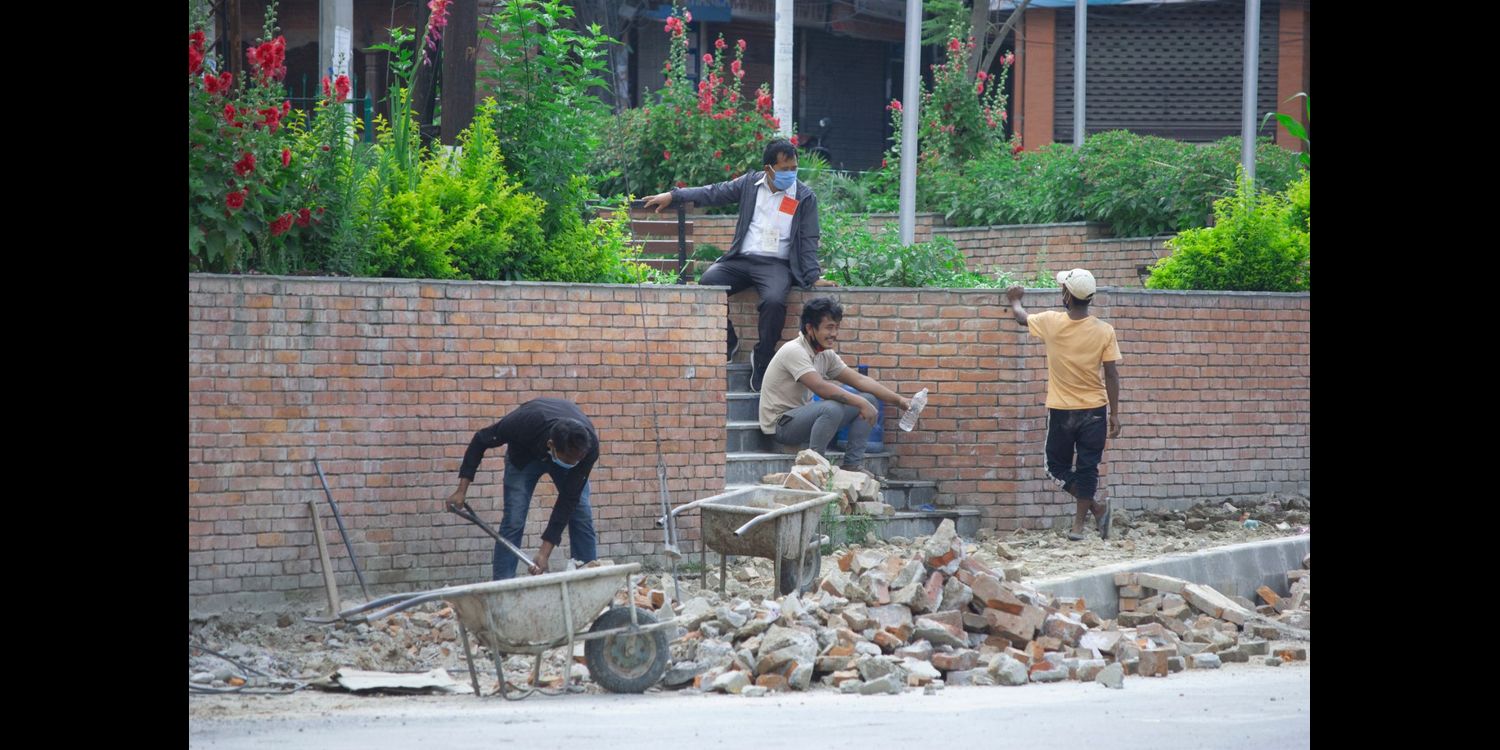 The total number of Covid19 cases in Nepal skyrocketed to 1,042 on Thursday with 156 new confirmations. The new cases were confirmed in the last 24 hours through PCR tests of throat swabs conducted in various labs across the country. The confirmation makes it the highest single-day rise in Covid19 infections in Nepal. For the last three consecutive days, new cases have been breaking the record of the day before. According to the Ministry of Health and Population (MoHP), 940 of the infected are male and 102 female.

Exact reasons for the rise remain unclear, but there hasn’t been any significant rise in testing. Many attribute it to the growing influx of migrants returning from India as well as a result of better contact tracing and tracking. Cases are expected to rise because the government is still relying too heavily on Rapid Diagnostic Tests.

Presenting the budget in the federal parliament on Thursday, Finance Minister Yuvaraj Khatiwada said that the government would spend NPR 12.46 billion on health infrastructure as it seeks to enable more health organisations to combat the Covid19 pandemic. Similarly, a total of NPR six billion has been allocated for treatment and medical equipment.

The budget allocated in the health sector is significant as the overall budget size has been reduced to NPR 1,474 billion for the upcoming fiscal year, around 58 billion less than last year.

The government has announced plans to build a 300-bed separate communicable disease hospital, while health facilities in each province would be upgraded and developed as specialist hospitals. Similarly, the government has also allocated budget for expanding laboratories in all health institutions to make diagnostic and pharmacy services mandatory, set up health desks at major checkpoints and make necessary arrangements for medical screening of the returnees and tourists.

Besides health, Khatiwada highlighted the continuation of ongoing projects, employment, agriculture, implementation of federalism and restoration of the supply chain disrupted by Covid19 as top priorities. Out of the total budget, NPR 948 billion will be spent on recurrent expenditure, NPR 352 billion on capital expenditure, and NPR 172 billion on financing.

Despite the opposition, the government has given continuity to the Local Infrastructure Development Programme.

MoHP confirmed yet another death due to Covid19 on Thursday, marking the fifth instance of Covid19 related death in the country. The deceased, a 56-year-old man from Lalitpur district, passed away during treatment at Kist Hospital in Kathmandu on Wednesday. Prior to him, four people had died of Covid19 caused by the novel coronavirus, including a 70-year man from Bara, a teacher from Gulmi, a migrant returnee from Banke, and a new mother from Sindhupalchowk.

Health Secretary Yadav Koirala, has been transferred to the Office of the Prime Minister and Council of Ministers amid growing criticism for mishandling the Covid19 pandemic and alleged corruption in the procurement of medicine and Covid19 medical kits. Laxman Aryal, the erstwhile OPMCM secretary, has been brought to the health ministry.  Koirala, who took the helm of the ministry three months ago, had drawn widespread criticism for bypassing the standard bidding process while awarding the contract to procure Covid19 kits to Omni Group, transferring some health officials and seeking clarification with Dr Sher Bahadur Pun for speaking his mind to the media.

At least a dozen people, including some police officials, were injured on Thursday after locals of Katahariya in Rautahat district pelted stones to protest the local level’s decision to set up a new quarantine facility in their village. Local representatives were planning to set up a new quarantine facility at a school in Katahariya-1 due to the unavailability of space to accommodate suspected Covid19 patients. But the locals protested the move, saying that it would spread the virus within their settlements.

The villagers resorted to violence and vandalism after the police tried to transport necessary material to set up the quarantine facility, according to Katariya Mayor Siyaram Kushwaha. Such protests have been frequent in recent months due to fears surrounding the spread of Covid19.

The Chinese who are learning Nepali

The need to regulate psychologists in Nepal

The profession of psychologists has a direct relation to the mental health of people and thus must warrant high quality practitioners with proper accreditations who are governed by proper legislation.

Prashant Jha’s debut, Battles of the New Republic, provides an insider’s view of the roles politicians, diplomats, and spies played in Nepal’s Maoist and Madhesi movements

Understanding and accepting my disorder

Living with Borderline Personality Disorder can be difficult but open conversations can help get rid of the stigma around such mental health conditions.

Shortage of protective gears, supplies and ventilators in Nepal likely to cripple medical interventions against Covid19

Price of PCR tests to be slashed

In the midst rise in Covid cases, the health ministry makes some positive announcements