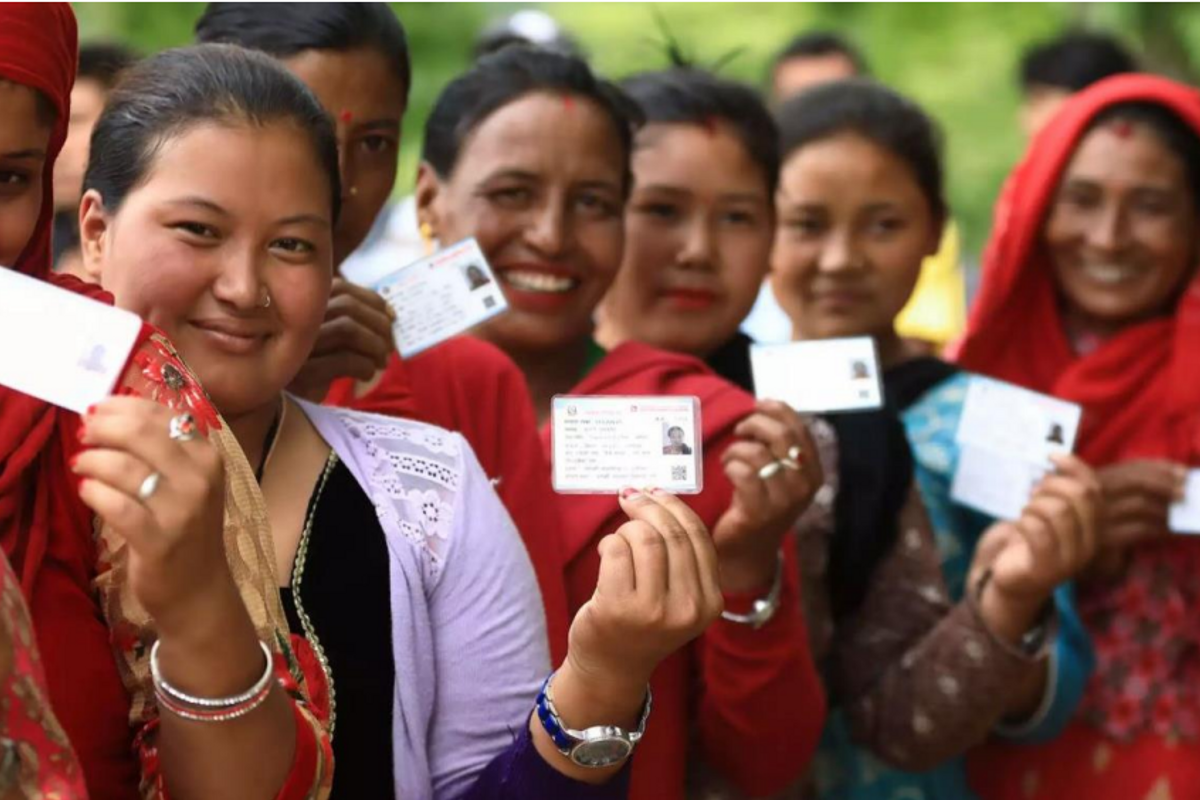 Tomorrow, May 13, Nepal will be holding its local level elections — the second one since the country adopted a federal structure with the 2015 constitution. The Election Commission reports that a total of 1,77,33,723 voters have registered to participate in the upcoming election. Of this number, around 23,05,992 are first-time voters.

Surya Prasad Aryal, the information officer and assistant spokesperson for the Election Commission, shared that they have three key targets for the election:

1. Participation. Everyone should be able to exercise their right to elect and be elected.

2. Reduction of invalid votes. People must know how to cast their votes correctly.

Elections in Nepal have always had a very high percentage of invalid votes, with numbers as high as 21 percent in Biratnagar and 17 percent in Lalitpur during the former elections. During the 2017 elections, the Election Commission launched a door-to-door voter awareness campaign. No such effort has been made this time around as those volunteers were criticized for being partisan. As no alternatives have been instituted, there are widespread fears that the number of invalid votes could rise, given that the voting ballots are relatively longer and that a large number of voters are going to be voting for the first time.

For first-time voters and those who need a refresher before going to the booth, The Record provides a brief overview of everything you need to keep in mind while voting.

There are a few things you need to have in order on May 12 before you go vote on Friday. The most important thing you need to do is make sure that you are a registered voter. You can check if your name is on the voter list by clicking here.

Once you have confirmed that you are indeed registered to vote, make sure you find and keep your voter card with you. You can get your voter ID from your nearest polling station itself on Thursday, May 12. But in case you have misplaced your voter card or have forgotten to get it, you can still show up at your local polling station with your Nepali citizenship card or other documents like the national identity card, passport or a land/home ownership certificate.

You should also figure out where your local polling centers are. Centers are usually public spaces such as local schools and other communal spaces in the area. There are a total of 10,756 polling centers spread across the country. You can check the polling center locations for your district and ward here or call your local ward office.

Before heading out to vote on Friday, May 13, make sure you’ve had a solid meal and are carrying a bottle of water. Wear something comfortable as you might be lining up to vote for a long time, especially if you’re in a heavily populated area. Make sure that the clothes you are wearing do not have any overt symbolism related to the political parties or any candidate. Also, the Election Commission has asked voters not to show up drunk to vote. Anyone who displays signs of intoxication will not be allowed to enter the voting center. Note that you are not allowed to use your mobile phone camera or any other camera inside the voting premises. You are also not allowed to carry any weapons, sample ballot papers, lighters or any flammable material.

Voting takes place from 7am to 5pm so do not get there too early or too late.

There are a few things you need to do once you have located and arrived at your polling center on voting day.

Given that the nation is still recovering from the pandemic, the election might give rise to a new wave of COVID-19 infections. “Voters need to take COVID-19 precautions. Wear masks, maintain social distancing, and sanitize your hands,” said Aryal.

Aside from being wary of the coronavirus, prospective voters must line up in their respective queues. Every polling center has dedicated gender-specific lines for people who identify as male or female. Additionally, Aryal shared that there are also provisions where the elderly, people with disabilities, pregnant women, and non-binary people are not required to wait in line.

Once your turn does come, you will be required to show your identifying papers, i.e. your voter id and/or citizenship card. Once you are verified as a registered voter, you are marked with a special permanent marker on your left-hand thumb — right where your skin and nail meet.

You are then taken to receive your ballot paper. Once you confirm your understanding of the ballot, the concerned authority will proceed to tear off a ballot paper for you to vote with. As a voter, you will need to make sure that the ballot paper you received includes the signature of the election officer.

“If the ballot is missing the sign of the election officer, even if you do vote correctly, the ballot will still be counted as an invalid vote,” said Aryal.

Finally, voters will proceed to enter a private polling booth where you are required to place a swastika stamp on each of the seven columns of the box with the election symbol of the candidate of your preference (see below for more information on how to place your stamps). The stamp will be double-sided but should the ink dry on both ends. Voters can use stamp pads that will be available at the booths.

Once you have carefully selected your preferred candidates, you are required to fold up your ballot and slot it inside the ballot box. Make sure that the ink from your stamps has dried properly before you fold in order to avoid any unwanted imprinting that might invalidate your vote.

After you are done voting, voters are requested not to linger about the polling center and return to their residences.

This time around, the ballot paper is quite long and complicated. Voters will need to carefully scrutinize the ballot and make sure that their stamps are placed in the correct row and column.

Each ballot paper will have seven columns – one column each for mayor (metropolitan, sub-metropolitan cities) or chairperson (municipality/rural municipality) (अध्यक्ष / प्रमुख), deputy mayor or deputy chairperson (उपाध्यक्ष / उपप्रमुख), ward chair (वडा अध्यक्ष), woman ward member (महिला वडा सदस्य), Dalit woman ward member (दलित महिला वडा सदस्य), and one column each for two ward members. Keep in mind that the final column will have two election symbols but you only have to stamp it once.

Once you’ve identified the columns, you need to carefully go through the plethora of rows until you find the box that has the election symbol of your preferred candidate/party. Since ballot papers do not include the names of the candidates that are running for the different positions, it is up to you to be aware of the election symbol of your candidate. For instance, established political parties like Nepali Congress and the CPN-UML have the tree and the sun symbols, respectively. The Maoist symbol is the hammer and sickle while independent candidates like Balen Shah in Kathmandu and Ganesh Paudel in Pokhara have received the walking stick (लौरो) symbol.

Finally, some quick pointers to keep in mind so that your ballot does not get invalidated:

Sajeet M. Rajbhandari  Sajeet is a Media Studies undergraduate and is currently reporting for The Record.

‘My vagina will vote you out!’

Hundreds of women rallied to protest impunity in cases of rape and newly proposed immigration rules that would restrict women’s free movement.

Disenfranchised – millions of Nepalis have no voting rights

Despite the outsized impact that migrant workers have on Nepal, they are still unable to vote in elections as Nepal has no provisions for absentee voting.

Why can’t we talk about conflict in Nepal anymore

If we want a truly quality peace to prevail in Nepal, we need to be able to talk about the politics of conflict and peace in Nepal.

How the left alliance won

Shuffling along, humor over despair, the nationalist gambit