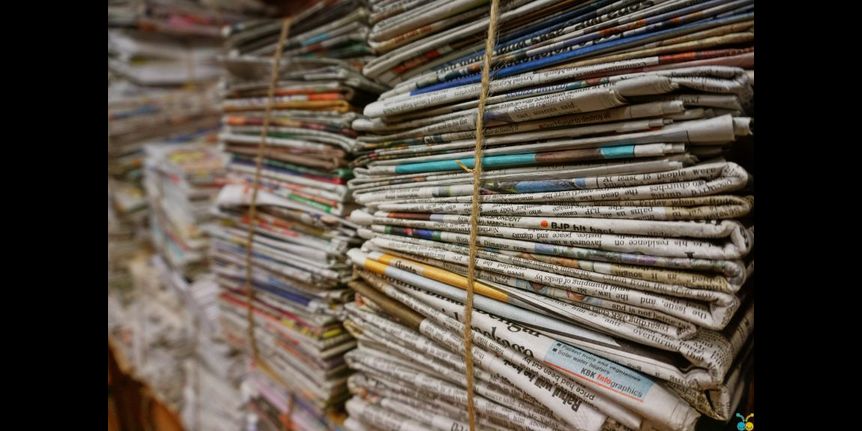 Dozens of journalists have lost their jobs, while hundreds more face imminent danger of being laid off since major media houses have resorted to flushing out a large chunk of their existing workforce in the face of ad revenues that have dwindled considerably due to the Covid-19 pandemic.

According to the Federation of Nepali Journalists’ (FNJ) estimates, as many as 100 journalists, including those working in daily newspapers, online news outlets, television and radio networks in Kathmandu, have been forced to resign or voluntarily quit their jobs since the nationwide Covid-19 lockdown took effect on March 24. Some media houses have also used the excuse of Covid-19 to arbitrarily deduct salaries, send editorial staff on unpaid leave or force them to work without pay. By April 20, FNJ had received 12 complaints from individual journalists or FNJ-affiliates against their employers, including Kantipur, Nagarik, Annapurna Post, AP1 Television and Sagarmatha Television.

Interviews with aggrieved journalists, representatives of FNJ and media houses reveal that journalists are facing multiple problems, ranging from pay cuts, health risks and even dismissals with or without pay.

In Kantipur Media Group (KMG), the publisher of Nepal’s largest selling Nepali language daily, more than 200 editorial and non-editorial staff have been kept on leave without pay or with partial payments. Among the worst affected are journalists working at Nepal magazine, Saptahik and Nari, Kantipur’s sister publications, most of whom have been kept on unpaid leave without being given an official notice.

“Everything is happening on an ad hoc basis. The management has not told us why we were being kept on leave or on what basis we were getting paid,” said a senior journalist who has been receiving only 60 percent of their salary. The Record discovered that Kantipur has paid as little as NPR 1,427 to an employee for the month of Jestha.

Earlier this month, around 50 employees of KMG submitted a memorandum to the FNJ and the Minimum Wage Implementation Committee of the government demanding timely payment and implementation of minimum wages in the media house.

Nepal Republic Media, the publisher of Nagarik daily, is yet to pay up to four months’ salary to its staff, while at least 11 journalists at Republica have resigned since the English daily stopped its print edition in April.

“Most people I know have only received basic wages for the months of Falgun and Chaitra,” said a Nagarik employee.

Another big English daily, The Himalayan Times, has kept many of its staff on unpaid leave, while those joining duty have just been paid 50 percent of their designated wages. The Nepali daily Annapurna Post, meanwhile, has not paid salaries to many of its staff since Chaitra while sending some of its staff on leave. Hari Bahadur Thapa, its editor-in-chief, recently resigned, citing differences with the management over its treatment of journalists.

Journalists affiliated with AP1 Television have not been paid since Chaitra either. Similarly, Janata television has not paid up to five months of salary to its staff while Avenues Television is yet to pay staff salaries of the last four months.

In the midst of struggles faced by journalists, those working for the radio are among the worst affected. The Ujyaalo Radio Network, one of the largest radio stations in the country, has allegedly been forcing its employees to quit their jobs. The concerned journalists have alleged that their employers have stopped providing transportation facilities to four senior editorial staff while others have been suffering targeted pay cuts despite working without leave during the three months of lockdown. Interestingly, a significant portion of Ujyaalo’s ad revenues come from big donors like the UNDP and UNICEF — agencies that have been working with the government on Covid-19 containment strategies.

Altogether, the Nepali media has witnessed a massive dip in its revenues due to the heavy fall in advertisements. Most daily papers published from Kathmandu have almost halved their pages while online news portals have seen upto a 60 percent fall in ad revenues. According to reports, some media houses have considered layoffs to cope with the crisis.

Aggrieved journalists, however, say that the main problem lies in media houses’ tendency to treat journalists as dispensable. Lack of transparency has persisted as a major problem in Nepal's media sector, especially when it comes to finance and salaries. Most media houses get some subsidy from the government, whether it be in the form of reduced prices for paper, ink and vehicles or through government ads. They are also known to receive tax benefits from time to time.

“It's hard to believe that organisations which have been making profit for the past two decades cannot endure three months of crisis. If the organisation was so vulnerable, why were we not told? Why was there no contingency plan?” a Kantipur journalist said.

Some Kantipur employees said that the management should come up with voluntary retirement schemes for those willing to quit their jobs. But they want the media house to ensure the minimum wage provision introduced by the government before undertaking any such step. Kantipur as well as other media houses so far haven’t properly implemented the minimum wage provision that ensures a monthly payment of NPR 24,300 to all working journalists.

FNJ representatives and trade unionists have been mediating between media houses and employees to arrange better terms for layoffs. For instance, Nepal News, an online news portal, agreed to lay off more than 90 percent of its staff with a severance pay equaling three months’ salary in addition to outstanding salary. But this is one success story, whereas the majority of media houses haven’t shown the same kind of commitment to their staff. FNJ recently announced that it will start protests against the ill treatment of journalists within media houses.

Like elsewhere in the world, the role of journalists has become more important during the pandemic, with greater need for timely and accountable reporting. Nepali journalists have largely been successful in fulfilling their duties, despite the multiple risks they face. But the challenges journalists face continue to compound, making their future increasingly uncertain.

According to Yam Birahi, an FNJ representative, every media house is plagued with problems.

"The nature of each problem may be different, but all journalists are suffering in one way or another,” he said.

The right to mourn

Due to the closed border, a migrant worker is unable to fulfill his funeral duties upon his mother’s death

While provincial and local officials have professed ignorance, locals and opposition party members allege that businessmen and those close to the UML have received vaccinations.

Masses of disaffected health workers on the verge of quitting

Unless the private medical sector treats its health workers better, its institutions might soon run out of staff

Disillusioned with current politics, young people are now leading a seemingly futile call for the reestablishment of the monarchy

Why victims of Nepal's civil war may not get justice

Confusion, instead of closure

Take us home: detained workers’ plea to Nepal from Qatar