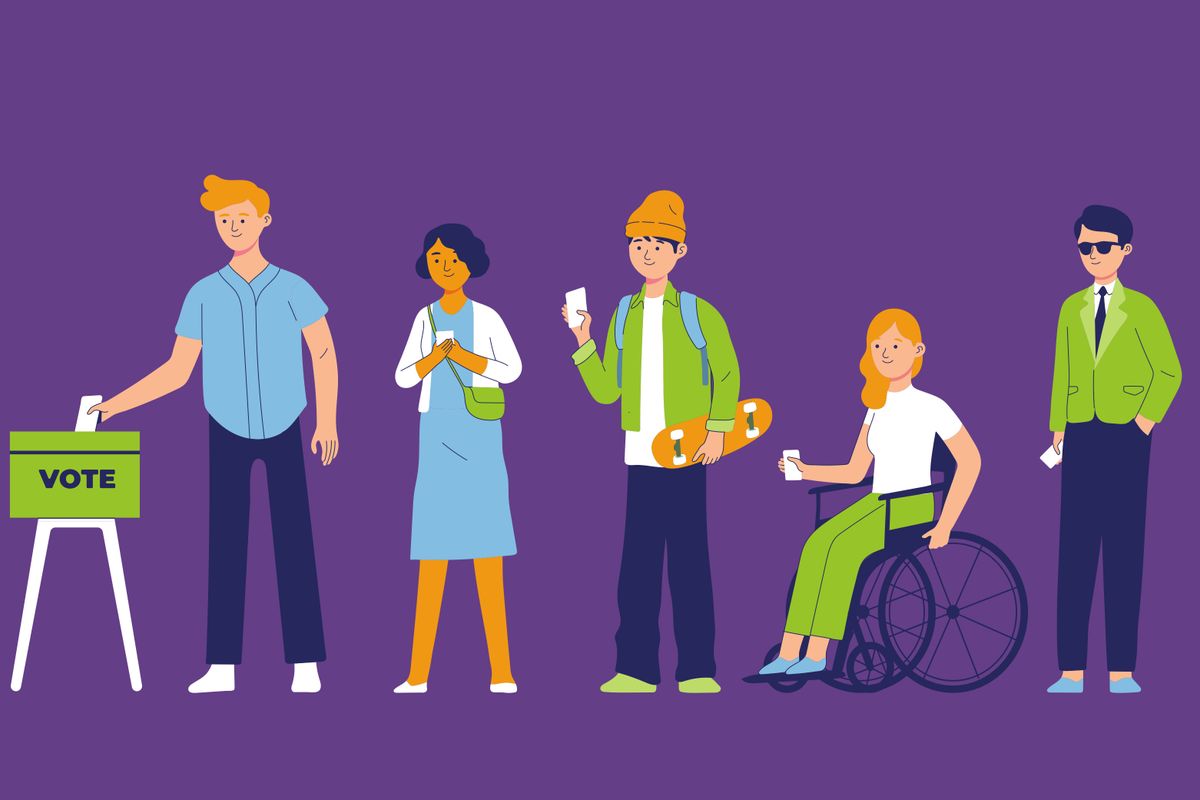 Article 1 of the United Nations Convention on the Rights of Persons with Disabilities (CRPD) defines persons with disabilities as persons who have “long-term physical, mental, intellectual or sensory impairments which in interaction with various barriers may hinder their full and effective participation in society on an equal basis with others”.

The international legal framework seeks to ensure that persons with disabilities enjoy the same rights that able-bodied people enjoy. But the truth is that they usually face social, legal and, most importantly, practical barriers in claiming and fully enjoying their rights. In Nepal particularly, disabled people encounter enormous discrimination and marginalization, and such challenges persist even when they want to exercise a fundamental right — their right to vote.

This is a result of a lack of awareness among people regarding the Convention on the Rights of Persons with Disabilities. Most people don’t even know of its existence. Article 29 of the convention clearly states that “voting procedures, facilities and materials must be appropriate, accessible and easy to understand for use by persons with disabilities”.

Nepal’s Constitution 2015 Article 42(1) also argues that persons with disabilities and other marginalized communities shall have the right to participate in the State bodies on the basis of the principle of inclusion.

Rights of Persons with Disabilities Act 2017 Section 11 also states that persons with disability, on an equal basis as of another person, shall have the right to be a candidate in elections in a fearless environment, and have the right to cast vote voluntarily with or without someone’s support. The Government of Nepal shall make appropriate provisions for persons with disability to access, understand and use the polling process, facilities, and materials.

However, despite broad legal protections, persons with disabilities continue to be marginalized from full participation in society. Resource allocation for disability is inadequate and government plans and programs are not fully disability inclusive. The electoral framework too is silent on guaranteeing accessibility for persons with disability during the entire election process: from access to the voter registration centers up to the filing of nominations and complaints or the examination of campaign finance reports at Nepal’s Election Commission headquarters.

Despite the elaborate provisions on including persons with disabilities in political and public life in Nepal, political participation by persons with disabilities remains minimal.  The barriers to their participation are roughly split into five categories — architectural and physical; attitudinal and cultural; informational and communication; legal and policy; and factors related to socio economic status.

Also, many polling stations are overcrowded during voting, and are characterized by long queues. The long queues are a great strain on persons with disabilities.

Attitudinal and cultural
Attitudes towards persons with disabilities remain a major hindrance to their equal and full participation in society. Many youths with disabilities are concealed by their families from birth, thus being excluded from birth and national registration.

Persons with intellectual disabilities, for example, require information in easy-to-read format. Persons with visual impairments require facilities such as screen readers. While technology holds great potential to increase participation of persons with disabilities, the high costs of the necessary devices, internet and training on their use preclude many people, especially in remote rural areas, from acquiring the necessary equipment to facilitate their participation.

During 2017 provincial and federal elections of Nepal, independent disability rights activists found that votes of disabled people, especially those having intellectual and psychosocial disability and visual impairment, were misused.

Socio-economic barriers
Many people with disabilities have lower levels of education and belong to low-income families. Both poverty and disability result in stigma and social exclusion and ultimately result in limited electoral participation.

Poverty further precludes persons with physical and sensory disabilities from accessing assistive devices and technologies necessary for participation. Without resources, it is also impossible to mount effective campaigns for elections for public office. It is asserted that even the reduced nomination fees introduced by the Election Commission are beyond the reach of most persons with disabilities who wish to vie for elective office.

The right to vote is one of modern democracy’s cornerstones. Yet, persons with disabilities, especially persons with intellectual and psychosocial disabilities continue to be deprived of their right to vote. To ensure that everyone gets to exercise this right, Nepalis must educate each other about disability and disability rights, and work together to ensure equal access at polling places and at the ballot box.

In addition, polling places and electoral systems as a whole must be accessible to safeguard equal access to the ballot box. Nepal’s democracy is only as strong as its ability to hear the voices of all Nepalis.

The Nepal government should also provide all the support that persons with disabilities require, including personal assistants of their choice. There are other small initiatives the government can take on to assist persons with disabilities at polling places, such as: instructions, printed in large type, displayed at each polling place; a magnifying lens to place over the booklet; sample ballots in large type; a large-handled stylus, if needed; information by telecommunications devices for the deaf; and at least one electronic voting machine equipped with accessibility features, including an audio mode for people with visual disabilities.

Exercising equal and effective participation in political events is every citizen’s right. Like every citizen, persons with disabilities also should have the room to exercise this right at every level.

Dev Datta Joshi   By advocating about inclusion, voting, and lawsuits in disability rights, Mr. Dev Datta Joshi works to empower Nepal’s population of over 600,000 persons with disabilities, especially in rural areas. He brings over 20 years’ rich work experience on advancing disability rights in Nepal. As the executive director with Equip for Equality Nepal (EEN), he leads a dynamic team responsible for the development, implementation, and replication of innovative projects such as “Ensure Voting Rights of Persons with Disabilities” to promote the human rights of disabled people in Nepal. Dev's LLM dissertation at the National University of Ireland, Galway's Center for Disability Law and Policy focused on inclusive education for children with disabilities, drawing on field research he undertook in remote rural far west Nepal.

The horror of watching India from next door

Narendra Modi and the BJP’s focus on Hindutva and capturing state power have engendered the current health crisis in India.

What’s next for Prime Minister Oli?

With his House dissolution ruled unconstitutional by the Supreme Court, Oli is scrambling to find ways to secure his position.

Dalits and women the most under-represented in Parliament

Demographics of the federal legislature

How will Trump’s exit impact Nepal?

What to expect with regards to local politics, American aid, immigration to the US, and the battle against climate change