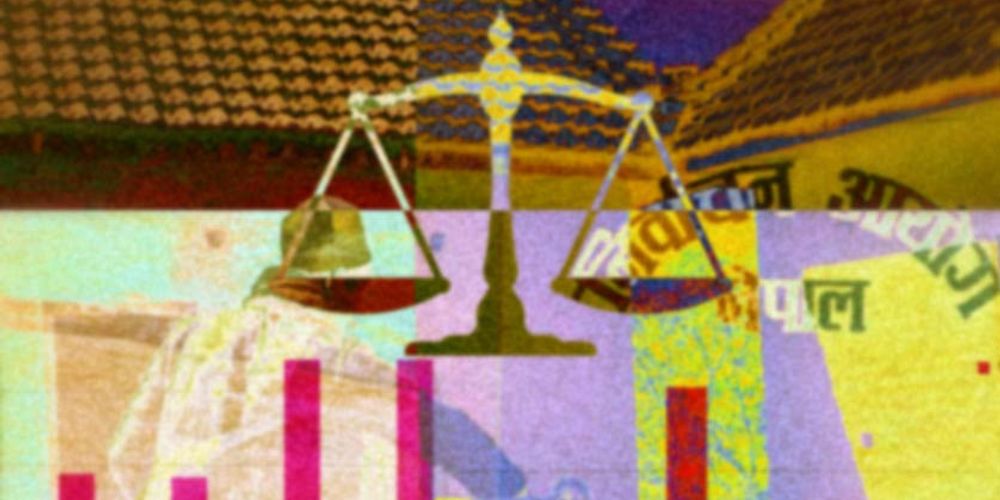 The constitution of Nepal 2015 pledges to end discrimination on the grounds of economic condition, geographical region, language, religion, sex and all forms of ethnic and racial prejudice, and bringing about social reformation through proportional inclusion and participatory principles. Under Article 40(1) of the new constitution, “Dalits shall have the right to participate in all agencies of the state based on the principle of proportional inclusion”. The article goes further to reinforce Dalit presence in public service through “special legal provision of empowerment, representation, and participation”. Similarly, under Article 40(2), socially backward women, Dalits, Adibasi Janajati, Madhesi, Tharu, economically poor Khas Arya and various other minorities shall have the right to employment in state structures on the basis of the principle of proportional inclusion. Nepal’s political parties have also accepted these principles.

The total Dalit population is 13.8%  of the total population of Nepal (as determined by the Election Commission), and of the total Dalit population of Nepal, Pahad Dalit comprise 65% and Terai Dalit comprise 35%. Of the 35041 local representatives chosen across 753 local levels, 7737 (22%) are Dalit. Similarly, among the Dalit representatives, 1853 (24%) are Terai Dalit and 5884 (76%) are Pahad Dalit.

According to the constitution, on all levels of government, there is to be proportional representation. Though Dalit are estimated to be 13.8% of Nepal’s population, Dalit women had a 19.2% seat reservation at the local level through the Dalit woman ward member seat. Outside of this quota, Dalit representation was at 3.3% only.

Out of the total 7737 Dalit representatives, 6793 (88%) are Dalit women, and 944 (12%) are Dalit men. Not much consideration seems to have gone towards how Dalit men who have been active in politics for many years ended up being excluded because of election policies.

In many districts in the Far-west, after the election, reports began to surface, describing how many Dalit representatives had been barred from even visiting the homes of non-Dalits to collect votes. Similarly, electoral campaigning requires considerable funding, which Dalits do not have access to. In such a context, one can understand how challenging it is for a Dalit person to reach a high level position. On top of that, the major parties barely gave any tickets to Dalit representatives for the executive positions. Of the total 293 Mayoral posts, there were 4 Pahad Dalits (1.3%), 2 Terai Dalits (0.6%) and of the 460 chairpersons, 4 Pahad Dalits (0.8%). For the chairperson post, not a single Terai Dalit was able to win a seat.

Also, originally, there were 6742 Dalit woman ward member seats set aside, but because parties did not field enough Dalit women candidates for this post, only 6567 got elected. Among these, Pahad Dalit were 77% and Terai Dalit were 23%.

Dalits have been participating in strong numbers in each political movement of Nepal. Despite various changes in the political landscape over the years, political parties seem to limit Dalit involvement to just party membership. Article 40(7) of the constitution mentions “The facilities provided to the Dalit community according to this Article, shall have to be justly distributed to Dalit women and men and all the Dalit communities living in different parts of the country, ensuring that all Dalits receive the facilities proportionally”. However neither electoral laws nor policy make any mention of this. As a result of this, even among Dalit, the most marginalized are being further disempowered. Among Pahad Dalit, the Bishwokarma community dominates, while among Terai Dalits, Ram, Dhobi, Paswan and Tatma communities are more represented. In light of this, the Dalit leadership needs to negotiate with the Election Commission and political parties to ensure representation of Terai Dalits as well.

How did Madhesis fare in the local elections, and who won among them?

Khas Arya biggest winners in five provinces, Janajati and Madhesi in one each

Freed from bondage, ready to vote

Seventeen years after emancipation, many ex-kamaiyas prepare to vote in local elections for the first time

The biggest group in Province 2, Dalits will occupy almost zero positions of power in the local government.