I had to fight my family, the party, and the state to get where I am

I had to fight my family, the party, and the state to get where I am 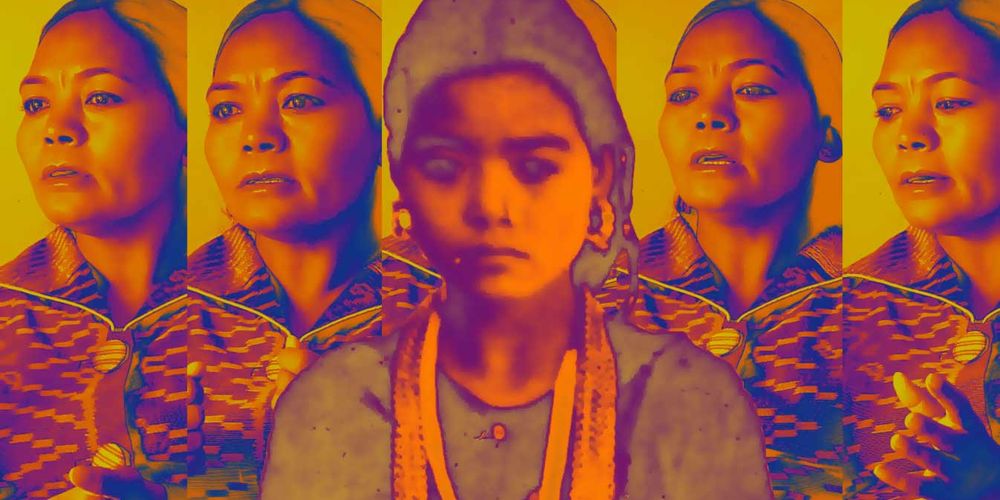 Known as the first female guerrilla of the Maoist war, Kamala Roka Magar is among the six women who won a directly contested seat in the 2017 election. Two were from her own party, two were from the UML, one from Rastriya Janamorcha, and none from Nepali Congress.

Born in a peasant family in rural Rukum, Roka was the Sports Minister in the 2011 Cabinet, and a member of the 2008 Constituent Assembly. The Record spoke with Roka at her residence in Banasthali about her career and future plans.

Kamala ji, could you tell us about your struggle in life?

My struggle began at home. My elder brother was studying in a college in Pokhara while I was not even allowed to go to the school in the village. There was no culture of girls going to schools. I used to study at night and while grazing cows in the woods. Once I knew Ka Kha, I went to school without my parents’ permission. When my mother found out, she tore up my books and beat me. But I didn’t compromise, I didn’t leave school.

When I was 11, my parents engaged me with a boy, without my consent, after receiving NRS 1,000 and one dharni raksi (a practice called saahi laune in the Rolpa and Rukum). I rejected this arrangement and threatened suicide. My parents returned twice the amount of money they’d taken and the alcohol to the boy to cancel the engagement. So my first struggle was against my own home and the patriarchy.

What was happened after that?

My second struggle was against state power—feudalistic and capitalist, and not for the poor, the women, and the ethnic minorities. One day, Maoist leaders came to my village and formed a women’s association. Later, I joined their student wing. Eventually, I was selected as a member of the Ladaku Dal, an armed group of the Maoists in Rukum. As the first female guerilla, I participated in the Rarijiula attack. I participated in many attacks against the state, not only as a PLA woman but also as a political commissar and party leader. We proved that women could also carry guns and fight against state for their own space.

How has the Maoist party treated its women leaders?

The party leaders are male and have patriarchal attitudes. We struggled to have bigger roles and responsibilities within the party. Our party always said that they treated all equally, whether women, ethnic minorities, Dalit or the poor. However, in practice, it was different. We had to stand up against the party and its leadership. We struggled to get a chance to fight in the battle field, and to reach important posts. They doubted our ability. But we proved ourselves by doing well in the battlefield and handling the responsibilities given to us.

There were few women who contested in the elections from your party, and only three won. As a woman, how hard was it to get a ticket and to campaign?

We put pressure on the leadership to provide tickets in the FPTP to senior women leaders. We told the leadership time and again that the party should not depend on the proportional representation system to fulfill the 33 percent constitutional provision. We had demanded 20 to 25 percent tickets go to women candidates. However, the party leadership betrayed us in the name of the alliance with UML. Only a few women leaders got tickets, and only three comrades won. It was very difficult to get a ticket, and the leadership is still patriarchal.

The incumbent Prime Minister Sher Bahadur Deuba also visited my constituency and put in all his efforts to defeat me. He also assured the Rukumeli people that he would transfer centers of rural municipalities. But, in the end, the people trusted me, and I won.

Our party has a policy of gender equality, but it is never implemented. Even now, our male comrades do not have faith in us even when we have the same positions in the party.

What are your agenda in the new parliament?

I’m elected from one of the newly formed districts. Therefore, I have to put in all my effort towards setting up the infrastructure of Rukumkot, the new district headquarters. My priorities include developing the ‘guerrilla trail’ for tourism, and allowing people to invest in hydropower projects. I will also bring support programs for those injured in the war and for the families of martyrs. It will also be important to protect and promote the Kham Magar language and culture.

The Week in Politics

What happened, what does it mean, why does itmatter

In Madhes Province, voters turning away from Madhes-based parties

Black lives should matter to Nepalis in the US

The president has become a rubber stamp for the prime minister’s authoritarian onslaughts, making a mockery of the position of the head of state

What will happen to the Maoists after merger with UML?

Why the NC has become toothless

The current protests will need to truly speak on behalf of Nepal’s poor, not just the middle class