Nepal readies vaccines for the elderly but many are hesitant

Nepal readies vaccines for the elderly but many are hesitant

Misinformation regarding the vaccine’s side-effects is spreading and without a concerted counter campaign, such false information will only proliferate. 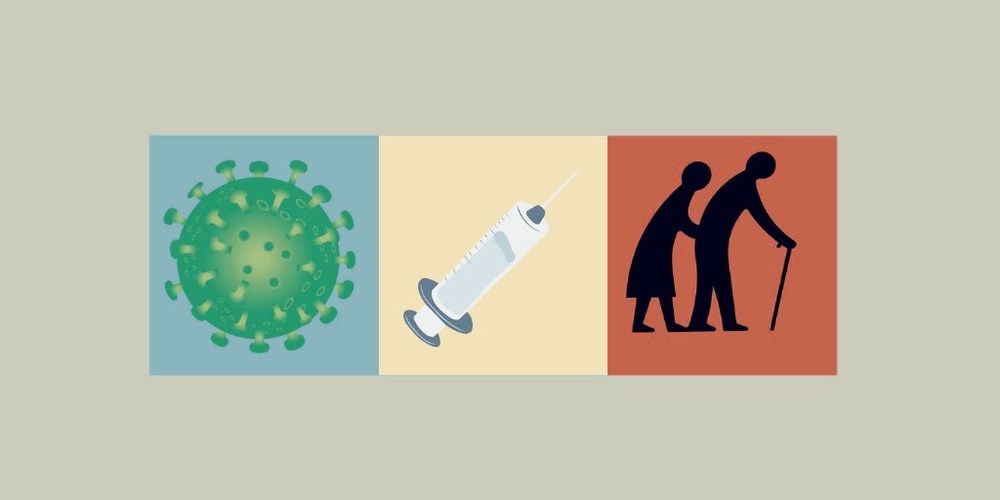 After health workers, diplomats, journalists, bankers, politicians and bureaucrats, it is finally 68-year-old Radha Pachhai’s turn to get vaccinated. But Pachhai, a grandmother who lives in Nepalgunj’s Gagangunj, is afraid.

“They say there are risks. People have gotten sick after getting vaccinated,” Pachhai told the Record over the phone from Gagangunj.

More Nepalis are receiving the vaccine but alongside, there is also a growing hesitancy, particularly among the elderly and those in rural settlements, regarding the vaccine. People like Pachhai are skeptical of the vaccine, believing that it will make them sicker. Misinformation is spreading over social media and on messaging apps like WhatsApp and without a concerted information campaign from the government and relevant stakeholders like the WHO, there is a risk that such false information will only continue to proliferate.

Nepal received its first consignment of vaccines from India on January 21 but has waited for over a month to begin vaccinating the elderly, the most at-risk population for Covid-19 after frontline health care workers. The second phase of vaccinations, which seeks to inoculate 3.7 million people above the age of 55, will begin on March 7.

Read also: Everything you need to know about the vaccines arriving Thursday

So far, of the roughly 450,000 Nepalis vaccinated, there have been no reports of deaths or serious adverse effects. Most people report tenderness around the vaccination area, slight fever that can reach up to 100 degrees Fahrenheit, and body aches. These conditions generally pass in a day or two. But unsourced messages on social media, along with neighborhood gossip, allege that the vaccine will infect people with the coronavirus or will lead to serious side-effects, including death. This misinformation is leading many elderly people to hesitate.

Seventy-five-year-old Ekmaya Khadka from Biratnagar said that she hasn’t made up her mind about getting inoculated yet.

“I am aware of the reactions like fever and body aches that the vaccine can have but I just don’t have the energy to endure any possible pain I might have to go through after receiving the vaccine,” Khadka said.

Although there is right information about the vaccine circulating on television and radio, much of the information is available easier on the internet. The elderly, however, tend to not be too savvy when it comes to digital technology.

There is also a fear that the 1 million doses of the Covishield vaccines, donated by the Indian government, are faulty and that Nepalis are being used as test subjects. Covishield is the brand name for the Oxford-AstraZeneca vaccine manufactured by the Serum Institute of India. The second phase of vaccinations, however, are being carried out with 2 million doses purchased by the Nepal government from India at $4 per dose. The vaccine is administered in two doses given a month apart and has a documented efficacy rate of 70 to 80 percent.

There was, however, reason to doubt the efficacy of the Oxford-AstraZeneca vaccine as numerous reports had emerged about how effective it was on the elderly population. One widely cited report from a German newspaper had stated the efficacy of the vaccine to be just 8 percent in the elderly population. This report was eventually debunked by experts but the damage had been done. Countries like France and Germany had initially refused to administer the Oxford vaccine to their elderly citizens, but have since reversed their decisions.

Public health experts in Nepal too, say that there is nothing to fear from the vaccine.

“The Covishield vaccine is totally safe to take,” said Dr Anup Subedee, an infectious disease specialist. “Allergic reactions are common phenomena and they differ from person to person. Even if they occur, they only last for a few days. Furthermore, people who are vaccinated are kept under observation for at least 30 minutes. There is no need to be afraid of this vaccine.”

The Oxford-AstraZeneca vaccine is being administered in countries across the world, including India, the UK, Germany, France and Australia. Millions have received the vaccine and no serious adverse effects have been reported so far.

Vaccine skepticism or even an outright rejection of vaccines have in recent years picked up in the US. Fringe groups, known as “anti-vaxxers”, have attempted to link routine vaccinations for infants with autism. With the Covid-19 vaccine, conspiracy theorists have alleged that the government is injecting trackers into citizens and even influential talking heads have perpetuated myths, such as one that alleges that the vaccine can be “updated” digitally. All of these conspiracies have been roundly debunked.

Nepal has never had a similar anti-vaccination movement. Over the decades, the government’s vaccination programs for children have been quite successful in eliminating diseases like smallpox and polio while providing protection against tuberculosis, diphtheria, pertussis, tetanus, measles, mumps, and rubella. Most Nepalis tend to get their children vaccinated promptly. So, the hesitancy over the Covid-19 vaccine is new.

The government appears to be well aware of this hesitancy and is trying to combat the misinformation. The government is planning to disseminate right information regarding the vaccine through public service broadcasting channels and social media to counter vaccine hesitancy, especially among the elderly, according to Dr Jageshwar Gautam, spokesperson for the Health Ministry.

“We are planning to re-emphasise pro-vaccine information in different languages through various mediums, along with tackling disinformation regarding the vaccine,” he said.

“New variants of the coronavirus are emerging and even if most of us are immune, we are still at a risk of getting infected by other variants,” virologist Dr Sher Bahadur Pun said. “The Covishield vaccine will protect us but it is important to get everyone vaccinated, especially the elderly who are at higher risk.”

Back in Nepalgunj, Sambhavi Pachhai, Radha’s granddaughter, has been trying to convince her grandmother to get vaccinated.

“Doctors and local health professionals should try to clear out doubts among the elderly,” said Sambhavi. “They need to emphasize the importance of getting vaccinated.”

Digital activism and youth involvement in the Gurkha Justice Campaign

Following the Gurkha hunger strike aftermath, social media can be a receptive space for young people to engage with grassroots activism like the Gurkha Justice movement.

PM Oli introduces an ordinance without the knowledge of his cabinet members, has it quickly endorsed, and holds a Constitutional Council meeting in the absence of the opposition leader and speaker

The ‘bad girl’ and the (re)birth of the ‘anti-hero’

Can the face of the Citizen’s Movement be that of the subaltern collective, one that disrupts the elite history of the nation-state?

Art in the time of Covid-19: even more visual artists

The Record is back with its mini-series of artists and the projects they worked on during the lockdown and the pandemic.

All Covid hospitals to treat patients through all stages of severity

With the government repealing its earlier three-tier designation for Covid hospitals, Covid-19 patients need no longer get shuttled between hospitals if they get sicker