A shadow economy has been flourishing amid unchecked corruption, money laundering and rampant impunity 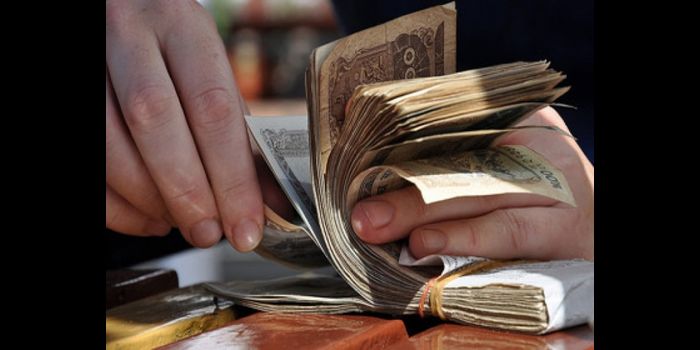 On 15 February, 2019, Raj Narayan Pathak, a commissioner of the Commission for the Investigation of Abuse of Authority (CIAA), resigned amid allegations of corruption. CIAA consequently sued Pathak for taking a bribe of Nrs 8.7 million to settle corruption claims at the Nepal Engineering College.

CIAA is an apex constitutional body for corruption control in Nepal and has the authority to investigate cases against persons holding public office as well as their associates who have indulged in the abuse of authority by way of corruption. With CIAA’s own commissioner embroiled in bribery, the effectiveness of the commission in its mission to curb corruption comes under considerable doubt.

This is of special concern as we investigate Nepal’s economy where, in the atmosphere of unchecked corruption, money laundering and rampant impunity, a shadow economy has been flourishing for a while.

In 2018, Nepal Rastra Bank (NRB), the country’s central bank, revealed a set of findings with serious implications. As per its report, foreign direct investment (FDI) worth a total of Nrs 137.68 billion had been endowed to industries currently operating in Nepal. More than 60 percent of the FDI share, amounting to Nrs 82.65 billion, came from tax haven countries, of which only 17 have been approved to invest by the Nepal government, according to the report. Investments from the British Virgin Islands and nearby countries in the Caribbean alone comprise Nrs 62.78 billion.

Additionally, the report also reveals that Nepal has received FDI from the Cayman Islands and Brunei, two tax haven countries that do not have approval from Nepali authorities for investment in the country. Nevertheless, according to the report, Nepal has received Nrs 160 million from the Cayman Islands and Nrs 30 million from Brunei.

A number of renowned businesspersons have been involved in bringing FDI from tax haven countries. But no investigation was initiated by the government, neither was any action taken to stop illegal investments. Given this, NRB’s report recommends that laws must be strictly implemented and institutions established to effectively combat money laundering and corruption before Nepal’s evaluation by the Financial Action Task Force in 2020-21.

Although the Department of Money Laundering Investigation (DMLI) was established to investigate such cases, due to weak legal compliance, poor governance and rampant impunity, it has failed to be effective, making the country even more vulnerable to money laundering. So far, only a small number of small-scale money laundering cases have been filed in courts through the DMLI.

According to an earlier report by FATF, if Nepal’s involvement in money laundering and terrorist financing is not curbed, the country’s credibility for investment will fall, deteriorating its investment climate, limiting opportunities for the expansion of global trade, and affecting its financial stability. Even amid threats by the FATF that Nepal may be blacklisted, this trend has not stopped, and seems unlikely to do so with many high profile individuals involved as key players in the shadow economy.

To look at just one example of the direct involvement of such individuals in corruption, money laundering and black marketeering in Nepal, let’s look at the recent case of Sulav Agrawal. On 7 April, 2020, the police arrested Agrawal, owner of Shanker Group and the honorary consul of Kyrgyzstan for Nepal, on charges of black marketeering thermal guns. Shanker Group, with its stakes in several industries, including cement, steel, textile manufacturing and hospitality, recently obtained 20,000 thermal guns from China through a chartered flight, according to the police. While Nepal was facing an acute shortage of medical equipment amid the coronavirus pandemic, Agrawal was selling the infrared thermometers, which cost between Nrs 3,000-3,500 per unit, at Nrs 16,000 each.

It is difficult to detect the exact scale of Nepal’s underground economy as so few cases of money laundering have been investigated by competent authorities. Nevertheless, this trend is increasing, mostly due to factors including the informal nature of Nepal’s economy, the predominance of cash transactions, an open border with India, an unstable political climate, and rampant instances of predicate offences such as corruption, bribery, smuggling, tax evasions, human and drug trafficking, use of counterfeit currency, and, of late, extortion, looting and arms trading.

While Nepal is one of poorest countries in the world, with one of the smallest economies, it has the highest percentage of underground economy in the world. Based on a 2018 study by Medina and Schneider, the average value of Nepal’s shadow economy was at 37.5 percent of the total economy whereas the world average in 2015 based on 158 countries was 27.78 percent.

Additionally, the corruption perception index developed by Transparency International ranked Nepal 113 out of 180 countries in 2019 and the World Bank’s government effectiveness database alloted Nepal 16.83 out of a 100 points in 2018. Some studies have shown that corruption in Nepal is so pervasive and deep that it influences high level policymaking. Additionally, the shadow economy allows for much of the corruption to go beyond the radar of anti-graft bodies.

The shadow economy comprises all currently unregistered economic activities that nevertheless contribute to the officially calculated (or observed) Gross National Product. All transactions that are of a criminal nature, including trade of stolen goods, drug dealing and manufacturing, prostitution, gambling, smuggling, and tax evasions go unreported, distorting the accuracy of key economic measurements, such as the Gross Domestic Product.

According to the economist Friedrich Schneider, the shadow economy also includes all market-based legal production of goods and services that are deliberately concealed from public authorities, chiefly to avoid paying income, value added or other taxes, to avoid making social security contributions, to avoid having to meet legal labour market standards such as minimum wages, maximum working hours and safety standards, and to avoid complying with administrative procedures such as statistical questionnaires or other administrative forms.

An open border combined with the easy accessibility of Indian currency have made it impossible to control the smuggling of Indian goods into Nepal. This dumping of cheap smuggled goods has killed off budding domestic industries while the government continues to lose billions of import duty.

The blockade initiated by India in 2015 created a favourable climate for unscrupulous traders to make more transactions off the official radar by importing goods through illegal channels without paying import tax. Illegal trading grew not only in border towns, but also in urban areas where demand for essential goods was relatively high.

According to a 2010 World Bank Policy Paper, in countries where the rule of law is upheld and financed by tax revenues, shadow economies are considerably smaller. A nation’s shadow economy is comparatively larger in the absence of high quality state institutions or benefits. Transition countries tend to have higher levels of regulation, leading to a significantly higher incidence of bribery. High taxes on official activities and a large discretionary regulatory framework also help the shadow economy expand.

In countries like Nepal, this is exacerbated by chronically low wages, high taxes and the lack of control exercised by authorities. The prevalence of cash payments also allows for the low risk of detection of illegal exchanges.

Various rules and regulations exist in Nepal to regulate economic and financial crimes, including Acts with adequate provisions to penalise corrupt authorities, tax evaders and money launderers. The CIAA has extraordinary powers to investigate and file cases related to corruption in the special court, except the policy decisions of the council of ministers, judiciary and the army. The DMLI has the authority to investigate and prevent the commission of money laundering as well as the financing and proliferation of terrorism in the country while the Department of Revenue Investigation has been entrusted to discharge the functions and responsibilities under the important Acts of Nepal. Track record, however, shows that, these provisions notwithstanding, illegal activities have not declined.

The CIAA, DMLI, and DRI as well as the Police and other concerned institutions must be very strong and effective in their investigation of illegal activities. Moreover, there must be zero unwarranted government interference in these organisations.

In a thriving official economy, people have more opportunities to earn a decent salary as well as bonuses through formal means. This is not the case in an economy facing a recession; more people try to compensate their income losses from the official economy through additional shadow economy activities.

The World Bank emphasises that the fight against the shadow economy is not all about enforcing laws and punishing offenders, but also about making the formal sector more attractive and changing social norms for paying taxes. Building trust in the government is a key factor in convincing citizens that paying taxes is useful.

Our present single rate of 13 percent in Value Added Tax (VAT) has put all commodities in a single bracket whether they are primary products or luxury items. Multi rates in VAT must be introduced with lower rates for primary and intermediate goods and higher rates for luxury items. Additionally, lower individual income tax rates can encourage higher transparency and some activities that are currently deemed illegal could be legalised to include them in the formal economy.

On the one hand, an open border with free movement of people between India and Nepal makes it impossible for illegal activities and the smuggling of goods to be eliminated completely. In the least, both countries must manage border movement better by introducing some sort of digitised identification methods. On the other, duty evasion by fudging accurate details about imports continues to undermine transparency and ought to be automated through strong information technology.

Sadly, the constitution and law of Nepal provide immunity to policy decisions of parliamentarians and lawmakers, which has been conducive to increased instances of corruption. Every decision of the cabinet has been beyond the scope of the CIAA’s investigations. This has only resulted in all kinds of proposals, big and small, being sent to the cabinet, thereby making them immune against investigation. All decisions made by the cabinet cannot be regarded as policy decisions which offer this kind of immunity. They must be separated from real policy decisions and be included within investigative parameters.

Saraswoti Nepali, recipient of this year’s Darnal Award, in conversation with Gyanu Adhikari

Unless Nepali migrant workers are allowed to vote from abroad, we won’t have a truly representative democracy

They want free, prior, and informed consent