Leaders across the political spectrum react to hastily enforced ordinances 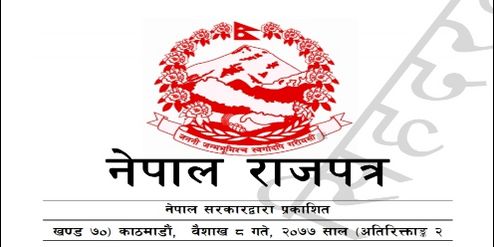 In an unexpected and dramatic development, president Bidya Devi Bhandari hastily introduced two ordinances to amend the Constitutional Council Act and the Political Party Act on Monday based on the recommendation of the cabinet. Ordinances are an authoritative decree brought into effect through a fasttrack process, bypassing regular procedures under extraordinary circumstances, usually as a last resort.

While it is not clear what prompted the need for ordinances, the new legislations have made it much easier to split or form new political parties. This can significantly alter the composition of the constitutional council, a powerful body responsible for all constitutional appointments.

Under the new provision, a political party can be split with the support of 40 percent of lawmakers or the party’s central committee, while the erstwhile provision necessitated both. Some fear that changes in the composition of the constitutional council could give unchecked power to the prime minister to appoint his loyalists in constitutional bodies like the Commission for Investigation of Abuse of Authority and even to initiate emergency rule.

The move has raised many eyebrows as it comes amid growing tension between the former Maoist and UML factions over the issue of governance and power sharing. Some think that this is KP Sharma Oli’s way of showing the door to the Nepal Communist Party’s co-chair Pushpa Kamal Dahal who has been claiming increasing stakes in the government. Others think this is the PM’s way of signalling that he will go to any lengths to save his current government.

These reasons notwithstanding, many see this as the beginning of the end of the Communist Party of Nepal which was formed through the 2018 merger between the then UML and CPN (Maoist) parties. Friction between Oli and Dahal has meant that the merger never quite concluded.

The amendment to the two Acts has sent tremors across the political spectrum. Many have questioned the need for these ordinances at a time when the country is facing an unprecedented crisis due to the Covid19 pandemic.

Below, we have listed the official responses from several political parties and leaders.

The constitution had warranted political stability. Similarly, it envisions collective decisionmaking in key appointments within constitutional bodies. The government has breached all these provisions by suddenly introducing bills and approving them through the president while people are facing a grave crisis. The Nepali Congress strongly demands the withdrawal of such undemocratic and unconstitutional bills and urges the government to stay focused on protecting the lives of people by standing above all kinds of manoeuvring.

At a time when the focus should have gone into unifying the nation to fight against the coronavirus pandemic, the ordinances were brought with an intention to split the NCP and alter provisions pertaining to the control and balance of the constitutional council. This is highly inappropriate and doesn't forebode well for the nation.

The issuance of an ordinance to split the party at a time when the country should be unifying in its fight against Covid19 is proof that the Oli government is falling into an abyss. It is a grave crime against democracy no matter which party it targets to split. The nation is heading towards further crisis. Beware of the murderer of democracy!

It appears that the country might be spiralling into another political crisis resulting from power struggles in the ruling party. The Rastriya Prajatantra Party is of the view that the recent ordinances pertaining to political parties and the constitutional council have been introduced at a time when the country should be prioritising the fight against Covid19. This is inappropriate, unnecessary and against the spirit of the constitution.

The Sajha Party has concluded that PM Oli has shown clear aspirations for totalitarianism based on the two ordinances released on Monday. The attempt to govern through lowly politics of division and absolute control over the constitutional bodies, regardless of a strong mandate, derides decades of democratic struggle.

PM Oli is taking advantage of the current crisis to consolidate power. This is absolutely shameful. This is no time for dirty politics and manoeuvrings. The government should withdraw the ordinances and remain focused on Covid19. The country cannot afford political instability at this hour.

Nepal needs to be stricter about incoming flights

Of late, the government has become far too lax about Covid-19 protocols

Queer — A celebration of art and activism is not only a documentation of Nepal’s queer community’s celebrations and struggles but also a form of resistance.

A million vaccines to come from China, but will it be enough?

China has announced it will be providing 1 million vaccine doses to Nepal, but without COVAX and support from other countries, it will not be enough to vaccinate all of Nepal.

People with disabilities shoulder double the burden during the pandemic

Research shows that disabled people are unequally affected during health emergencies, and this phenomenon is particularly acute in low and middle income countries.

Why Nepal's stock market is booming amidst a pandemic

Despite the economy being badly hit since last year, the country’s stock market is seeing exponential growth owing to the market’s digitization and the pandemic, analysts say.

India’s inauguration of the link road to Mansarovar causes alarm in Nepal, but is a press statement enough?

Violence against women in Nepal is intensifying