Even though the government has mandated private health institutions to open their services to Covid-19 patients, many are denying them treatment 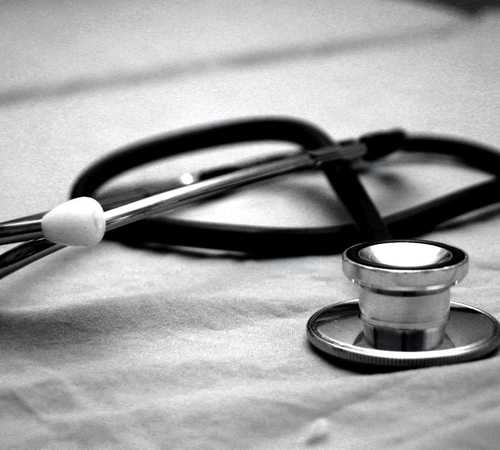 Late on Saturday evening, 54 year old Hom Bahadur Gurung was rushed to Kaligandaki Hospital by his family after he collapsed at home in Kawasoti, Nawalparasi. Gurung, who had been suffering from jaundice for the past few months, was given saline medication at Kaligandaki before being referred to another hospital. His family then took him to Chitwan Medical College (CMC), but he was refused admittance for the lack of beds. Gurung was then taken to Narayani Community Hospital, Manakamana Hospital, College of Medical Sciences, and back again to CMC, all of which said they could not admit him. After much hue and cry, Gurung’s family managed to admit him in the emergency ward of Chitwan’s district hospital. But he could not get an ICU bed there. The district hospital referred him back to CMC, saying that the hospital had just reported the availability of an ICU bed.

By the time he had arrived at CMC for a third time, seven hours after his family had taken him from his house, Gurung had developed a fever of 101° Fahrenheit. Despite having an ICU bed, the staff at CMC refused to admit him, afraid that his fever may have been due to Covid-19.

“He died in the ambulance after waiting outside the hospital for over an hour,” Tek Bahadur, Gurung’s cousin, told The Record.

Gurung’s death comes as a stark reminder of how hospitals’ ability and willingness to admit and treat patients has been severely compromised by fears around the coronavirus. Even though the government has mandated that private health institutions open their services to Covid-19 patients, many hospitals have continued to resist letting them enter their institutions. Not only has this left Covid infected patients in danger, the panic has also meant that a lot of non-Covid patients with other illnesses in need of critical care have been denied treatment, deteriorating the health of many and even proving fatal to some.

Since the onset of Covid-19, nearly two dozen patients across the country have lost their lives after being refused treatment by hospitals, according to an analysis of media reports independently verified by The Record. At least nine of them died after a 20 year old woman in Birgunj was denied treatment by eight hospitals in the city. Exact numbers could be more as these include only the reported cases.

In response to the reports on Gurung’s death, Chitwan’s District Administration Office (DAO) directed hospitals to admit patients, irrespective of their condition or Covid status. Hospitals have also been instructed to admit patients in the emergency even if ICU beds are not available, according to Ram Bahadur Shahi, Chitwan’s deputy chief district officer.

But the DAO’s orders have not been implemented on the ground and hospitals have continued to refuse patients. On Monday itself, three more people died in Chitwan due to delays in treatment, primarily because hospitals wouldn’t admit them. Liladhar Poudel, spokesperson of the Chitwan District Hospital, said that all three patients had tried to get admission in all private hospitals in the district before coming to the district hospital. All of them had tested positive for the virus.

“The report came after their death, although we had collected swabs from two of them while they were still alive,” Poudel told The Record.

Lack of reporting makes it hard to get a clear picture, but patients elsewhere are facing an even bigger hardship while trying to get admitted to hospitals, especially those suffering from Covid-19 related symptoms like fever and flu. The problem is so widespread that most such cases hardly make it to the news unless the patient dies.

In Province 1, refusal by hospitals to treat patients resulted in three deaths last week alone, although the province is considered to have the best healthcare system in the country after Province 3.

On August 30, 65 year old Damber Kumari Basnet’s family sought to admit her in seven different hospitals after she fainted from dysphagia related complications. The family was forced to take her back home to Chaudandigadhi Municipality in Udayapur district where she died shortly after. Two days earlier, Nawaraj Raj, a jaundice patient, was refused admission at the BP Koirala Institute of Health Sciences and died upon his return home to Pathari Shanishchare, Morang.

Last month, the Ministry of Health and Population (MoHP) made it mandatory for both community and private hospitals to allocate at least 20 percent of their beds to Covid-19 patients. While hospitals across the country were supposed to abide by the rule, they have continued to flout it. Most private hospitals are deliberately keeping their doors shut out of fears that the virus will spread and lead to a possible closure. In other cases, hospitals have found themselves in short supply of beds, ventilators and staff due to Covid infections.

So far, MoHP has failed to hold a single hospital accountable. One reason for this is that most hospitals are owned by politicians and businessmen with close ties to either the ruling Nepal Communist Party or the main opposition, the Nepali Congress.

Jageshwor Gautam, MoHP spokesperson, said that all hospitals flouting the government rule have been warned.

“No hospital has the right to refuse treatment to a patient. The offender will be charged as per the law if found doing so,” Gautam said.

Local authorities are pushing contact tracing, but many residents believe it is too little, too late

Contact tracing is vital in breaking the chain of transmission, but Valley residents are not convinced the authorities will be of any help when necessary.

Four days into their protest, journalists still wait to be taken seriously

Nepal needs to be stricter about incoming flights

Of late, the government has become far too lax about Covid-19 protocols

In a Newa village south of Lalitpur Municipality, a community grapples with the prospect of monumental change.

How the govt created the quarantine mess

With winter approaching, a surge in Covid-19 cases likely