The president’s power to pardon criminals needs reform as it has been misused numerous times by governments for political ends. 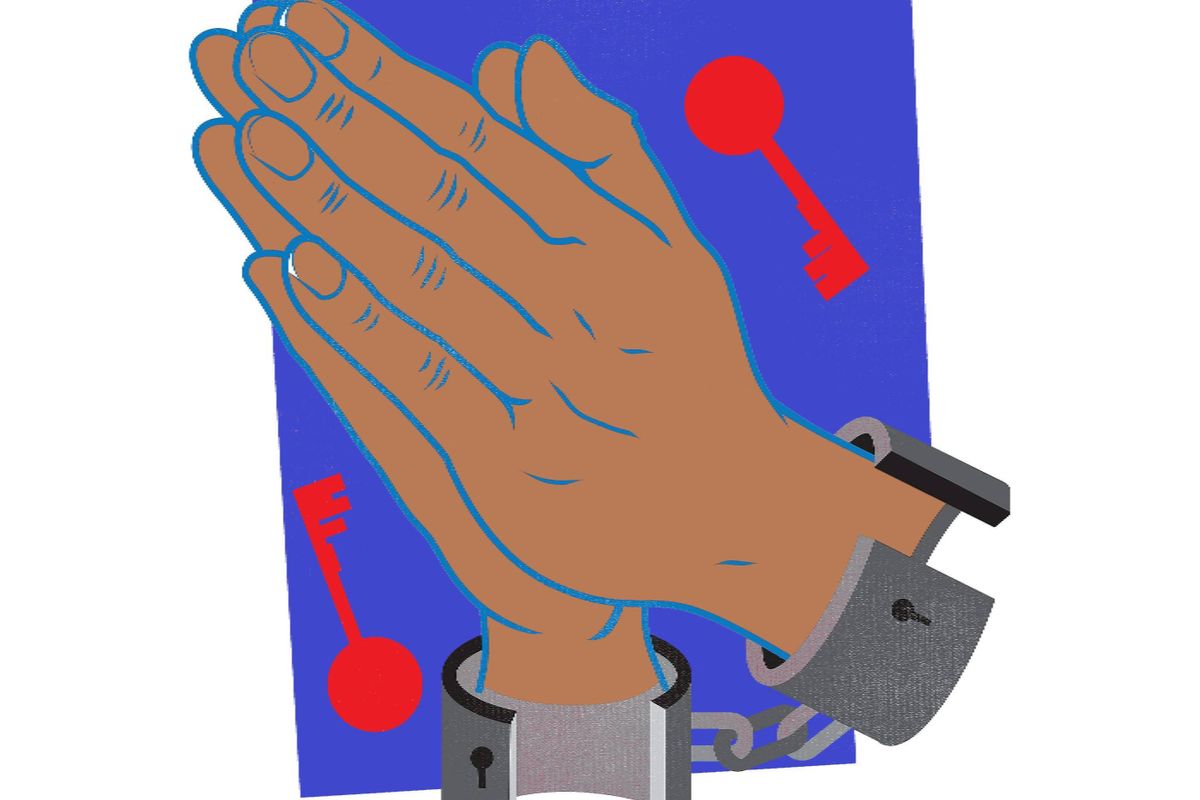 Every year on major occasions such as Republic Day, Constitution Day, and Democracy Day, the President of Nepal pardons, suspends, commutes, or remits the prison terms of some prisoners on the recommendation of the government. This year too, on Friday, February 18, on the occasion of Democracy Day, President Bidya Devi Bhandari pardoned 12 convicts.

This article explains the legal provision of the presidential pardon, analyzes if such power oversteps the authority of the judiciary, and scrutinizes a few instances where the use of presidential power has been controversial. It also provides recommendations on how presidential pardons can be made fairer and more just.

Generally, ‘to pardon’ means to forgive a person. A presidential pardon is a prerogative granted to the president by law to relieve a person of some or all of the legal penalties of a criminal conviction and release them from prison. According to Article 276 of the Constitution of Nepal, “the President may, in accordance with the law, grant pardons, suspend, commute or remit any sentence passed by any Court, judicial or quasi-judicial body or administrative authority or body”.

Despite the connotation of “presidential pardon”, the president merely plays the role of stamping over the recommendation on whom to grant pardon provided by the government of Nepal. The president in effect has no meaningful say over who is to be pardoned or not. In one instance, in response to a controversial presidential pardon, the legal adviser to former President Ram Baran Yadav had said that the president has no right to refute the recommendation by the cabinet.

Different legislation such as the Criminal Procedure Code 2017 and Criminal Offense (Sentencing and Executing) Act 2017 have scattered legal provisions relating to the process of pardon, but no dedicated law has been enacted to deal with the issues of pardoning individuals convicted of crime. But various directives, such as the Criminal Offenses (Sentencing and Execution) Act 2019 and Prison Regulation 2020 (executive orders), guide the process of granting pardon to criminals.

Clause 159 of the Criminal Procedure Code explains how a person sentenced to prison may make a petition to the president through the Ministry of Home Affairs for a pardon, suspension, alteration, or reduction of that sentence. However, the Code states a few categories of offenses on which pardon of any kind may not be granted. These include crimes such as corruption, torture, rape, murder in a cruel and inhumane way, genocide, illegal use of explosives, kidnapping, hostage-taking, enforced disappearance, human trafficking and transportation, money laundering, and narcotic drug trafficking or transaction punishable by a sentence of imprisonment for a term exceeding three years. Moreover, the Code provides that there can be no criminal case against the petitioner pending at any court in the form of an appeal, revision, or review. The pardon is in effect the final port of appeal.

Similarly, the Prison Regulation 2020 also provides for a similar list of offenses that cannot be pardoned but adds crimes such as prison break, espionage, crimes related to heritage, and smuggling to the list. The two separate negative lists, one in the Criminal Procedure Code and one in the Prison Regulations, lead to some ambiguity on which crimes cannot be pardoned.

The principle of separation of power dictates that the judiciary provides verdicts on wrongdoings while the executive carries out the order of the verdict. But in the case of a presidential pardon, the executive has the authority to pronounce a final verdict on whether or not a detained person gets to be free from prison or have a lesser sentence. The Supreme Court, as per its decision on the case of Balram Yadav vs Council of Ministers, has stipulated that it will not intervene in cases where a presidential pardon has been granted in accordance with the law. This means that in essence, the executive has the final say, even in matters of criminal justice.

Most democratic countries believe in the ideals of a reformative criminal justice system. Thus, the presidential pardon aligns with the principles of allowing convicts to return to society after having served a part of their sentences and displaying good behavior having atoned for crimes committed in the past. Presidential pardons also provide space for the general public to create pressure on the government to undo court convictions that the public find objectionable. Similarly, pardons can be a tool to correct historical wrongs and convictions motivated by economic, social, and political prejudices. For a country like Nepal that has a long history of political conflicts, an executive pardon can be an important tool to prevent wrongful convictions of political dissidents and minorities. Despite the intent of the presidential pardon, Nepal has witnessed various controversial instances of convicts being released from prison based on their political affiliations and connections.

One of the most controversial presidential pardons is that of Bal Krishna Dhungel in 2018. A district court had convicted Dhungel of the murder of Ujjan Kumar Shrestha and sentenced him to life imprisonment, along with the confiscation of his property. The Supreme Court had upheld the district court’s decision on appeal in 2010. However, despite the ruling, Dhungel had not been taken into custody, owing to the protection of his political party, the CPN (Maoist Center).

In 2011, Dhungel was recommended for a presidential pardon by the then Baburam Bhattarai government. The recommendation was criticized by the Supreme Court as Dhungel had not even submitted himself to the jurisdiction of the court. The court further objected to the pardon on the grounds that crimes of a heinous nature, such as murder, could not be pardoned.

In another instance, corruption convict Pradeep Jung Pandey received a presidential pardon from the Sushil Koirala government in 2015, despite corruption being on the list of crimes that cannot be pardoned. There have been numerous other instances where presidential pardons were granted to individuals who had not spent a single day in prison, despite being convicted for various crimes.

It appears that governments tend to favor prisoners affiliated with their political party. Such cases of sheer impunity show that the power of presidential pardons is more likely to be misused to free prisoners who have powerful political connections, rather than those who actually deserve pardons for having reformed themselves.

It is true that the criminal justice system as it stands today needs reform. But prisons as tools to rehabilitate individuals so that they can be fit for society is a part of a larger debate. However, the power vested in the president to set convicts free can also be fraught with problems. Pardoning a convict can be perceived by the victims – or their family – to pose a threat to their well-being. Similarly, pardons can also result in grave miscarriages of justice, particularly considering that they have often been outcomes of political impunity. But the provision of a presidential pardon cannot altogether be scrapped, considering the power it holds to set free political prisoners who have been wrongly accused or convicted for their political affiliations and actions. There are various ways in which the process of a presidential pardon can be strengthened.

The Criminal Offenses (Sentencing and Execution) Act 2017 provides for a Probation and Parole Board which has the authority to draft policy and regulations to ensure that convicts are rehabilitated back into society. The board also has the power to keep track of the progress that convicts make while inside prison. Though there is a provision to consult the Probation and Parole Board prior to granting a presidential pardon, this should be a mandatory provision where the board plays a meaningful role.

Similarly, and quite significantly since this is largely overlooked, victims and their families should either be consulted or informed about the ongoing pardon process. It is imperative that victim families should not have to remain in constant fear of the freed prisoner. If the victims and families have reasonable fear from the perpetrator, then such cases should be reevaluated.

While there are legal provisions in place, albeit steeped in ambiguity, the current practice of initiating the presidential pardon process at the last hour provides little space for evaluation and deliberation on individual cases. The pardon process should be reviewed multiple times and, if possible, public sentiment should be considered for the presidential pardon to be effective in strengthening the justice system, rather than weakening it.

Thus, it is imperative for the government to enact comprehensive legislation on the provisions for presidential pardons, ensure multiple accountability mechanisms, empower the Probation and Parole board, and make the entire decision-making process transparent and fair to ensure that presidential pardons complement the criminal justice system.

The prime minister finds his religion

With visits to Pashupati and a reiteration of Nepal as the birthplace of Ram, Oli appears to be scrambling for the Hindu vote.

Trouble at the top

Insights on the trials and investigations for vaccines and drugs to treat COVID-19 patients.

Covid19 Roundup, 2 May: Testing dismally low while PM turns into a poet

'Safer at home than in quarantine'

In choosing political expediency over the pandemic, Prime Minister Oli and President Bhandari have doomed many more citizens to death.