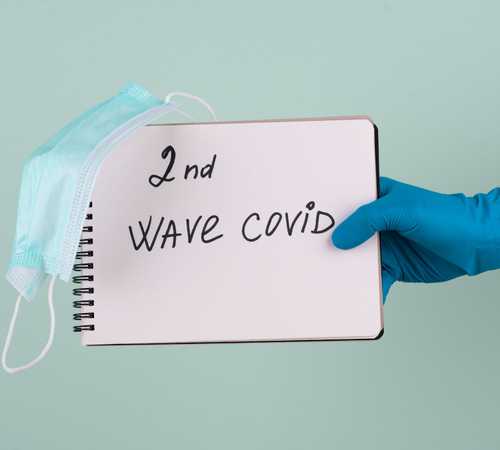 On Monday, even as the Health Ministry announced the presence of the new strain of the coronavirus in three individuals who had arrived from the UK almost four weeks ago, it was largely business as usual across the country. Schools have reopened, as have restaurants, gyms, and clubs. The streets are clogged with people, many of whom have stopped wearing masks and practicing social distancing.

While Nepalis and the KP Sharma Oli government seem to have largely forgotten that the world is in the midst of a pandemic, the confirmation of the new strain of the virus further raises the spectre of disaster. The coronavirus variant, first detected in the UK, has now spread to over 50 countries around the world and is believed to be 70 percent more infectious. The UK had detected the new variant as early as September, which spread quickly, making up two-thirds of the infections in the UK by mid-December. The discovery led England and Scotland to enforce a second lockdown on January 5.

Since then, new variants of the coronavirus have been discovered in South Africa and Brazil. And the variant from the UK has already spread in India.

Nepal lifted its four-month lockdown in mid-July and has not imposed shelter-at-home measures since. The Nepal government started relaxing safety protocols one by one with the onset of the festival season in mid-November. Nepal resumed international flights in December. In fact, the government has largely taken a hands-off approach to Covid-19, with the ruling party embroiled in an internal crisis, leading to the dissolution of the Parliament by the prime minister.

Read also: When will Nepal get its COVID-19 vaccines? Not anytime soon.

But ever since the discovery of the new strain in the UK, many had been concerned about its arrival in Nepal. Five individuals who had returned from the UK had tested positive for Covid-19, just days before the Nepal government imposed travel restrictions to and from the UK on December 24.

The National Health Research Council had sent samples to the World Health Organization’s collaborating centre in Hong Kong on January 11 for genetic sequencing to ascertain the virus type. The Health Ministry only made the results public on Monday. It is unclear when the tests came back from Hong Kong.

“Of those suspected to be infected, a 28-year-old female and a 32-year-old male have already tested negative for the coronavirus while a 67-year-old male is asymptomatic,” said the ministry in a public notice.

Given Nepal’s relaxed approach to the raging pandemic, public health experts are worried that the new strain might already have spread widely.

“There are no people to collect swab samples in districts outside the [Kathmandu] valley to conduct PCR tests. Tracing the virus is out of question now,” said epidemiologist Dr Lhamo Sherpa. “The situation could worsen in the days to come.”

There has been a significant decline in daily PCR tests, which many believe is the reason behind the falling number of infections. On Monday, a total of 4,306 PCR tests were conducted, with 322 new infections registered. On October 21 last year, Nepal had recorded 5,743 new cases, when a total of 20,118 PCR tests had been conducted. The current infection rate rests at 13.3 percent.

With the Lower House dissolved and the country in political turmoil, there is a fear that the fight against the coronavirus could fall by the wayside. Prime Minister Oli is facing constitutional challenges over his House dissolution with his opponents taking to the streets in protest. An opposing faction of the ruling Nepal Communist Party and the opposition parties have announced mass protests.

Oli has also announced mid-term elections for April-May, which could further take attention and finances away from the coronavirus. Furthermore, many have questioned the wisdom of conducting mass general elections in the middle of a pandemic.

The government hasn’t prioritised vaccinations either. Although the country’s drug regulatory body has approved one of the Covid-19 vaccines, the Oxford-AstraZeneca vaccine, for emergency use in the country, health officials say vaccinations are unlikely to begin anytime soon.

“We are working to procure vaccines but we don’t know when we will be able to get them,” Health Minister Hridayesh Tripathi told The Record. “Let’s hope we can procure vaccines within March.”

Dewan Rai  Dewan Rai is a senior correspondent for The Record. He tweets at @rdewan

A daily summary of all the COVID19 related developments that matter

The long walk to Budinanda

Despite the Covid pandemic, last month, hundreds of pilgrims made the arduous journey through the treacherous mountainous terrain to Budinanda

Even as health workers continue to sacrifice their lives in the line of duty, the government continues to turn a blind eye to their problems